IPOB disowns Obi, says its members will not vote in 'Zoological Republic' 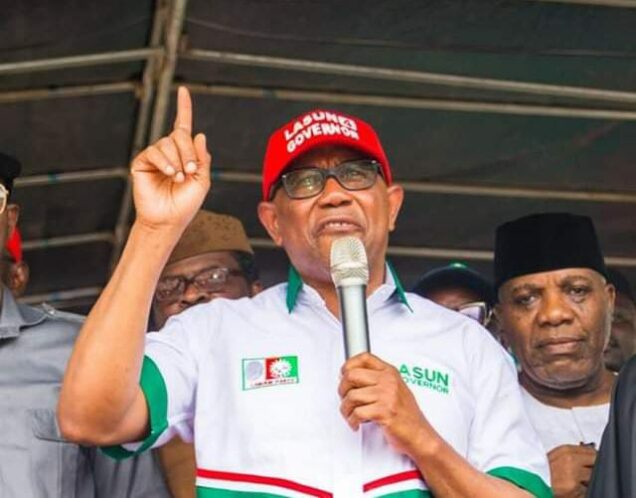 Indigenous People of Biafra (IPOB) has dissociated itself from Labour Party candidate, Peter Obi, saying its members will never participate in any election in ‘Zoological Republic”, a reference to Nigeria.

The group said this in a reaction to Islamic cleric, Islamic Sheikh Ahmad Gumi, who claimed that IPOB agitation has slowed down in the South East since Peter Obi picked the presidential ticket of Labour Party,

IPOB in a statement by its Media and Publicity Secretary, Emma Powerful said Gumi got it wrong.

Emma Powerful said that the agitations for the Republic of Biafra cannot be compromised for Nigerian politics.

He said Gumi was uninformed and had shown “cluelessness” about the IPOB movement and its activities.

He said that Biafra agitation is still intact and nothing will change the group’s resolve towards the fight to achieve Biafra freedom through peaceful non-violent globally accepted practices.

“IPOB does not engage with any shambolic selection process they call ‘Nigeria election’ and we are not interested in their fraudulent ways of selecting the president of Nigeria because we do not believe in Nigeria anymore.

“If Peter Obi knows IPOB, its aims and objectives, he wouldn’t have come out in the first place to contest to waste his wealth and vast knowledge, talent and wisdom endowed with experience which God Almighty gave and blessed Biafrans with, in the Zoological Republic.

“Therefore, for Peter Obi to have come out to contest for Nigeria president is an indication that he is not on the same page with IPOB and people should not equate him with IPOB agenda, they can say any other thing about him, not Biafra agitation.

“We can never slow down agitation until Biafra comes. Any Biafran who comes out and joins the election process under Nigeria has publicly proven that he or she is not in the same ideology with IPOB.”