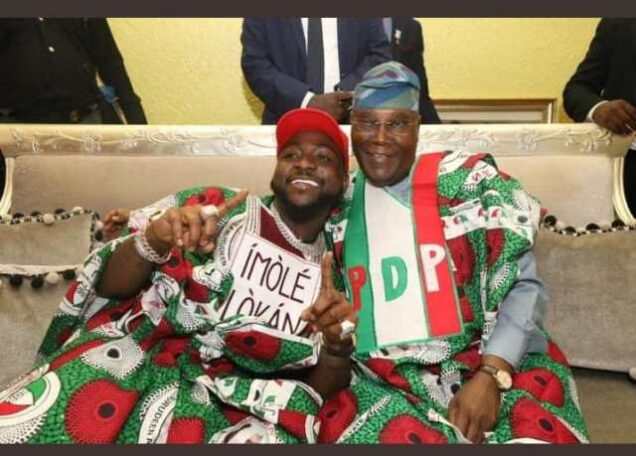 Atiku and Davido in Osun

Adeleke is aspiring for a second time to govern Osun, having lost to the APC governorship candidate, Adegboyega Oyetola at the last poll.

Former Governor of Ekiti State, Ayodele Fayose is also missing at the rally.

However, those at the rally are: Governor Duoye Diri of Bayelsa, Governor Ifeanyi Okowa and Atiku’s running mate, Governor Aminu Tambuwal of Sokoto and Governor Godwin Obaseki of Edo State.

Also at the event were popular singer, Davido, PDP chairman, Iyorchia Ayu, among others.