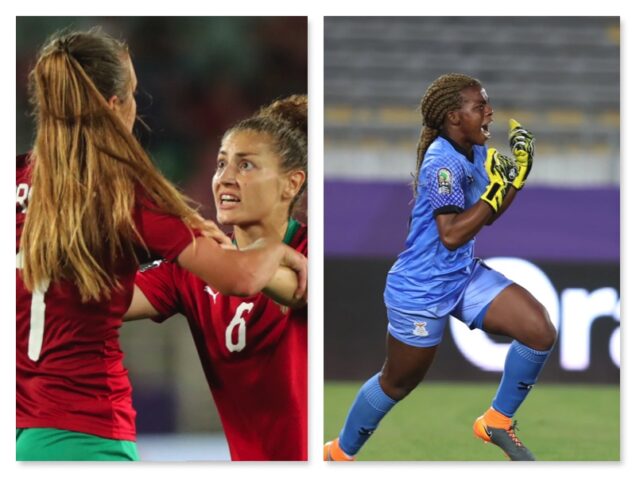 Hosts Morocco beat Botswana and Zambia also saw off Senegal to reach the semi-finals of Women’s African Cup of Nations(WAFCON) and qualify for the FIFA Women’s World Cup.

Morocco’s victory on Wednesday in Rabat gave them their first-ever semi-finals in WAFCON history after overcoming an exciting Botswana side 2-1.

The victory also ensured that the Atlas Lionesses also secured the country’s maiden place at the Women’s World Cup next year in Australia and New Zealand.

Playmaker Fatima Tagnaout was the toast of the fans as she set up both goals to ensure her side claimed the important win that put the side in the history books.

The hosts raced into the lead as they got the opening goal of the quarter-final encounter through FAR Rabat star Sanaa Mssoudy after three minutes.

Tagnaout cleverly placed a free-kick just behind the wall allowing Mssoudy to steal in from behind with a simple tap in to send the home supporters into ruptures.

The fans had barely settled in their seats following their jubilation when Botswana also responded via a free-kick.

Morocco’s lead lasted only three minutes as the Mares got the equalising goal in the sixth minute through Keitumetse Dithebe.

She hammered home the ball with goalkeeper Khadija Er-Rmichi failing to hold.

The Atlas Lionesses restored their advantage in the second half and eventually won the game with a goal from Yasmin Mrabet who was set up by Tagnaout.

Zambia beat Senegal in penalty kicks shootout in Casablanca to reach the semi-finals.

The Copper Queens also made history when they secured their first FIFA World Cup berth.

The Southern Africans sailed through on 4-2 in the shootout at the Complexe Sportif Mohamed V after a 1-1 stalemate following extra-time.

The Teranga Lionesses broke the deadlock just after the hour mark through Nguenar Ndiaye who was unmarked inside the penalty box when she received the ball.

The Zambians drew level in the 70th minute after Avell Chitundu scored from close range.

Both sides then failed to find the target, resulting in the shootout.

On the Senegalese side, only Mama Diop and Haby Baldé managed to convert their attempts.