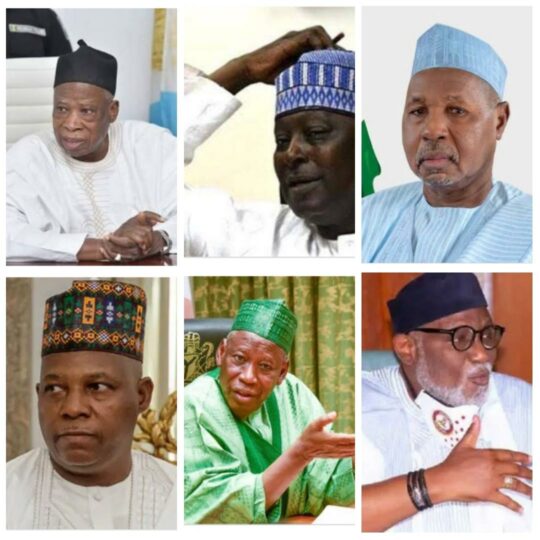 Early in the week, Babachir Lawal, former Secretary to the Government of the Federation (SGF), came out smoking hot about the Muslim-Muslim ticket of the All Progressives Congress (APC). That is, the choice of Kashim Shettima as the presidential running mate to Asiwaju Bola Ahmed Tinubu, the party’s presidential candidate.

Lawal’s submission was a mixed bag of simple logic, sour grape, name-calling, hitting below the belt, and verbal warfare that experts in logic call argumentum adhominem.

He fired his salvo: “And why Kashim Shetima? He is an overambitious man who has a Machiavellian bent and has lots of money with which to procure a preferred-candidate status among Tinubu’s lapdogs. And as we are beginning to see, to also procure bogus supporters, especially from among the Christian community to help launder his not-so-good image.

“But as a popular proverb goes: ‘Those whom the gods want to destroy they first make mad’. It appears that the gods want to destroy the APC and its Presidential Candidate and have chosen the instrumentality of the northern Moslem governors and their super ambitious tool and Kashim Ibrahim for this purpose. Alhaji Kashim Shetima is a Greek gift from the Northern governors to Tinubu. I advise Bola to make sure Kashima’s two hands are always in his plain sight and empty.

“True, based on the advice of his new friends, Bola Ahmed Tinubu has made his choice. And I am sure he thinks he is ready for the outcome of that choice. He has chosen to bring religion to the front burner of Nigerian politics. And being a Muslim he has chosen to take sides with his religion. For all he cares, Christians can go to blazes with their votes. But he must also be told that there will consequence for this choice.”

However, Abdullahi Adamu, APC Chairman; Governors Abdullahi Ganduje, Kano; Rotimi Akeredolu, Ondo; and Aminu Masari, Katsina have all asked Lawal not to dwell on the Muslim-Muslim ticket, since his argument smacks of stocking the embers of pious mayhem in Nigeria.

When he led the party’s National Working Committee (NWC) members on a Sallah visit to President Muhammadu Buhari, in Daura early in the week, Adamu was quoted by The Nation, that the choice of a Shettima was a result of a “rigorous practical assignment during the selection of the running mate”.

While applauding Lawal and many other Christians for showing interest in the number two position, Adamu described Shettima as “a bonafide Nigerian who does not need to be either Muslim or Christian before being considered, based on his qualification.”

He added: “APC is working hard and praying to win the forthcoming 2023 general elections. We are also confident to win Saturday’s Osun governorship election.”

For Akeredolu, the matter should be about performance, not religion. “Let’s vote for someone that can do something. The work stops at the table of the President. It is the president that you are voting for. He decides what happens. Whether it’s a Muslim/Muslim or Christian/Christian, it should not matter to us in the South because we fought for this. I do not doubt that given the opportunity, from what he has done in Lagos, Asiwaju Tinubu will turn things around for the better.”

Shettima, according to Masari, is an “intellectual, brilliant and accommodating person with all the qualities to be considered as the Vice President.”

“What is most important is for a leader to be good, just and fair, irrespective of his faith and wherever he comes from.”

“We assure all Christians and Muslims good governance come 2023.”

Ganduje spoke through Mallam Muhammed Garba, Kano State Commissioner for Information. He wondered why Lawal, “who claimed to be Tinubu’s friend, has indulged in falsehood at a time when the country required an atmosphere of unity for religious tolerance and national development.”

Lawal, as Ganduje put it, should “re-dedicate himself to the APC’s search for quality leadership for the country instead of making false allegations.”