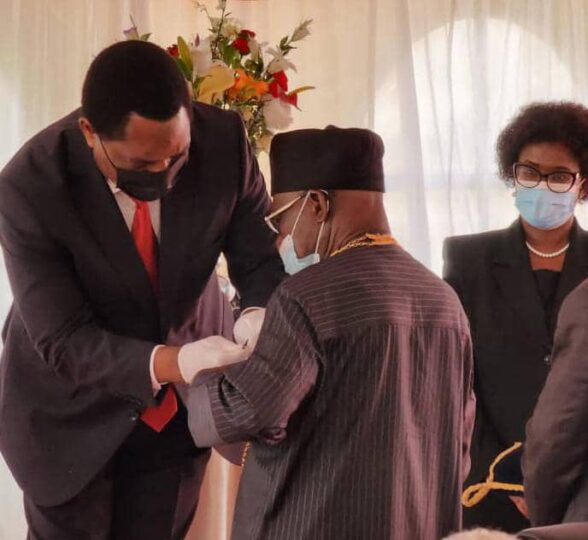 Former President, Chief Olusegun Obasanjo has been honoured with Zambia’s highest award of the Order of the Eagle by the President, Mr. Hakainde Hichilema on Thursday, in Lusaka, the country’s capital.

The Special Assistant on Media to the former Nigerian President, Kehinde Akinyemi hinted that the honours were contained in a government official gazette, which was made available on Wednesday.

In the publication with No 7146, Vol. LVIII, No. 72, the gazette notice No.1067 of 2022 of the Constitution of Zambia notifying the public on the honours, was signed by the Acting Secretary of the Cabinet,  P.K Kangwa.

According to him,  “the Presidential Honours and Awards (Conferment) Notice, 2022. It is notified for public information that in exercise of the powers contained in Article 92 (2)(g) of the Constitution of Zambia, the President, Mr. Hakainde Hichilema, will, at the Special investiture ceremony to be held on 14th July, 2022, confer Honours and Awards specified in the schedule on the persons named in the schedule.

Reacting on behalf of awardees, Obasanjo said the honour would serve as encouragement to do more for the continent.

“On behalf of the awardees, I wish to thank you for the honour done us.

“We take this honour as encouragement to do more. Whatever we have done for Africa and for humanity to make you honour us, we assure you we will do more.”