I am sure of victory, Oyetola says after casting his vote 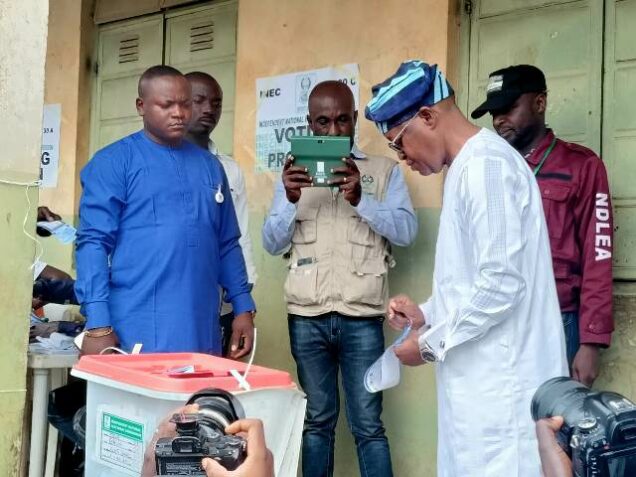 Gov. Adegboyega Oyetola of Osun said he is sure of winning the governorship election, as he cast his vote at Unit 2, Ward 1, LA Primary School, Popo, Iragbiji in Boripe Local Government area.

Oyetola, who arrived at the polling unit in the company of his wife, Kafayat, cast his vote at exactly 10.55 a.m, three minutes after his wife voted.

Speaking with journalists after exercising his franchise, Oyetola said he was happy with the turnout of voters, especially at his polling unit.

Oyetola said the election process was transparent, adding that this encouraged voters to come out en-masse to vote.

The governor said he was happy seeing a large turn out of voters, adding that by God’s grace, he would be victorious at the end of the day’s voting.

There was also a large turnout of voters at the polling unit, which had 1,457 registered voters.