Buhari congratulates Adeleke, says people's will must be respected 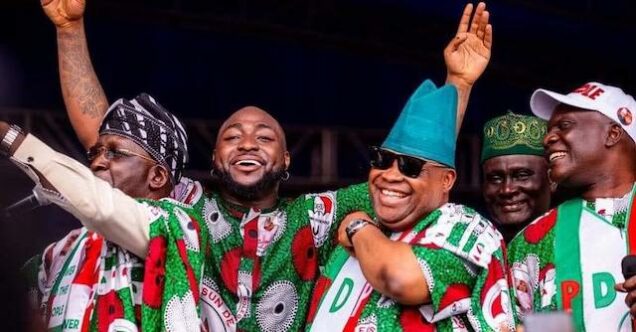 The President’s congratulatory message was conveyed in a statement by his spokesman, Mr Femi Adesina, on Sunday in Abuja.

The president expressed conviction that with the election over, the people of Osun had expressed their will through the ballot, and the will of the people must always matters and must be respected in a democracy.

According to him, the successful conduct of the election was a further testimony to the maturity and commitment of all stakeholders – the electoral body, security agencies, political parties, the media, civil society and the electorate- to further strengthen the integrity of the electoral process in the country.

Buhari reassured the nation that the commitment of this administration ”toward having credible elections remains unshaken.”

INEC returning officer for the Osun gubernatorial election, Prof. Oluwatoyin Ogundipe, on Sunday morning, declared Adeleke of the PDP, winner of the election, held on July 16.

He announced that Adeleke polled 403,371 votes to defeat his closet rival, Gov. Gboyega Oyetola, the candidate of the APC, who scored 375,027 votes.

Ogundipe, who is the Vice-Chancellor of the University of Lagos, said that the Action Democratic Party (ADP) scored 10,104 to come third.

He also said that the Accord Party candidate scored 4,515 and came fourth.