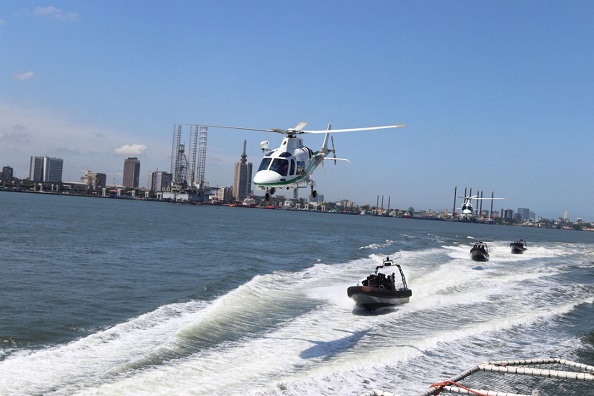 The International Maritime Bureau (IMB) in its half-year report of 2022 has lauded the reduction in piracy in the globally and expressed optimism that it is a new dawn for the shipping community globally. This is coming on the heels of the Bureau receiving the lowest number of reported incidents for the first half of the year since 1994, evidencing its efforts in raising awareness to make the waters safe globally.

The Gulf of Guinea Declaration on Suppression of Piracy has confirmed that there has not been any case of Seafarers kidnap one year after the May 2021 declaration.

This was considered commendable progress in comparison to the 2020 statistics when 130 seafarers were kidnapped. The status report from the GoG declaration also confirmed that there has not been any case of kidnap for ransom in 2022, as against 20 cases in 2020 and 12 in 2021.

The Director General of the Nigerian Maritime Administration and Safety Agency, NIMASA, Dr Bashir Jamoh said that Nigeria is committed to sustaining the momentum of the success recorded in recent times in the fight against piracy in the region.

“It is heart-warming that the international maritime community is acknowledging the progress made so far. It is a direct result of collaboration amongst national, regional and non-regional stakeholders. It is our hope that this trend will be sustained and very soon, we will start reaping the benefits such as a change of status concerning the Insurance premium paid on Nigerian bound cargoes; the War Riskpremium being paid at the moment. We hope this status will change very soon,” he said.

While commending the progress, Baltic and International Maritime Council, BIMCO the world’s largest direct-membership organization for ship-owners, charterers, ship brokers and agents called for the effective and full deployment of Deep Blue Assets on Anti-piracy tasking.

Efforts of the Nigerian Navy in clamping down on pirates camps, the Deep Blue project C4i coastal surveillance and collaboration with international Navies for law enforcement off Nigerian waters and the series of meetings under the umbrella of the Gulf of Guinea maritime coordination Forum, Shared Awareness and DEconfliction, GoG/SHADE were identified as key to the success in the war against Piracy in the Region.

​On its part, the International Maritime Bureau IMB also confirmed that no case of vessel hijack took place in Nigerian waters in the first half of 2022.

The ICC and IMB confirmed that the first half of 2022 witnessed the least cases of piracy globally in 28 years with only 58 reported cases as compared to 68 within same period in 2021. Of the 58 incidents, 2 were classified as Piracy attacks in the Gulf of Guinea, with NONE of them occurring in Nigerian waters. While the reduction in reported incidents is indeed encouraging, the IMB PRC continues to caution against complacency.

IMB Director, Michael Howlett said, “Not only is this good news for the seafarers and the shipping industry, it is positive news for trade which promotes economic growth. But the areas of risk shift and the shipping community must remain vigilant. We encourage governments and responding authorities to continue their patrols which create a deterrent effect.”