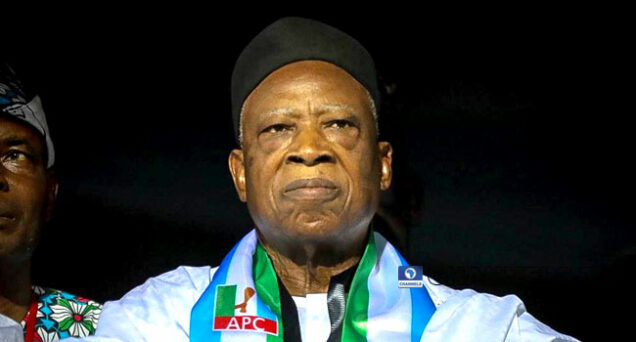 The National Chairman, All Progressives Congress (APC), Abdullahi Adamu has said the suit by the Peoples Democratic Party (PDP) seeking disqualification of its candidate Asiwaju Bola Tinubu from contesting the 2023 presidency, is not something to lose sleep over.

The PDP had filed a suit against the Independent National Electoral Commission (INEC), Tinubu and Dr. Peter Obi for replacing their placeholders with other running mates.

Adamu, in an interview on Arise TV on Sunday, said the laws of this land were absolutely clear, adding that no matter how mischievous anyone wanted to be, there is the law.

He said as far as the APC was concerned, it had a convention where a candidate was chosen for an election.

According to him, within the legal space available to the party and to give it room to assess the candidates that would be desirous for their running mate or vice presidential candidate, the party had to submit a name that would hold the position for its nomination.

“The laws of INEC do allow for this. If it doesn’t, we won’t contemplate. It is within the confine and dictates of our electoral laws in this country. It is not something to lose sleep over.

“We now have a running mate that we have submitted to the INEC. Simple! If you say the PDP has gone to court, let the court decides on the case. It is subjudice anyway,” he stated.