Top 5 Nigerians to play in the Premier League 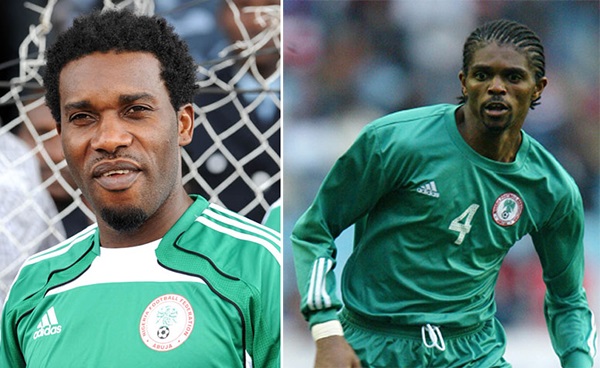 Nigeria has a long and proud history of exceptionally talented footballers, with many of them choosing to play their trade in the Premier League.

Below, we have brought together the five best Nigerians to play in the Premier League.

For the latest 2022/23 season betting, Stake are offering the promo code NEWBONUS.

While he was definitely not the sexiest of footballers, Chelsea’s John Obi-Mikel was a midfielder that got things done, and he was a massive part of a hugely successful Chelsea side.

His 11-season long stint with the Blues saw him pick up the Champions League, Europa League, the Premier League twice, three FA Cups and one League Cup.

While his impressive trophy cabinet may be the focus of most, we are particularly interested by the fact he only scored two goals in 11 seasons for the Londoners.

Despite this, he proved to be the wall that sat in front of a rock-solid defence, with the likes of John Terry, Petr Cech and Mikel combining to create one of the best defensive units in the history of club football.

What a player. Jay Jay Okocha was one of the most stunning talents to play in the league, with his incredibly quick feet and penchant for skill something that struck fear into the heart of all those he ran at.

While Okocha did not ever play for one of the best teams in the league, his time with Bolton and Hull City has gone down in folklore, with those that were able to watch him play live still telling stories of his skill to this day.

With solo runs, hammer-struck free-kicks and long-range belters, Jay Jay was one of the great African talents – not just Nigerian – to play in the Premier League.

When many look back at their favourite ever players in the Premier League, the name Kanu will come up often. Kanu Nwankwo was a fierce striker and huge all-round talent that lit up the Premier League with the likes of Arsenal, West Brom and Portsmouth.

Perhaps best known for a ridiculous 15-minute hat-trick that helped the Gunners beat Chelsea despite being 2-0 down, Kanu was one of the players to etch their names in English footballing history as one of Arsenal’s Invincibles.

With 119 appearances and 37 goals, Kanu is one of those striking talents that just knew where the goal was.

The Yak was one of those players that just scored goals. Proudly sitting alongside Didier Drogba, Sadio Mane and Mohamed Salah as the only four African players to have scored 100 goals or more in English football, Yakubu was a goal-scoring machine for Portsmouth and Everton.

Stints at Middlesbrough, Leicester City, Blackburn and Reading showed a career that championed longevity, while he is still Portsmouth’s top scorer in the Premier League with 28 goals in the two seasons he spent with the club.

The second Chelsea player on our list and one that some may question. The former-Wigan, Stoke and Liverpool player found his home at Chelsea and was an exceptionally important part of a side that just kept winning.

The winger became a wing-back during his time with the Blues and he championed the hard-working, non-stop attitude that the London side brought into every game.

While Moses may not be a name that brings with it a skill-reel or record of goals, he was one of those players that just turned up and did the job.