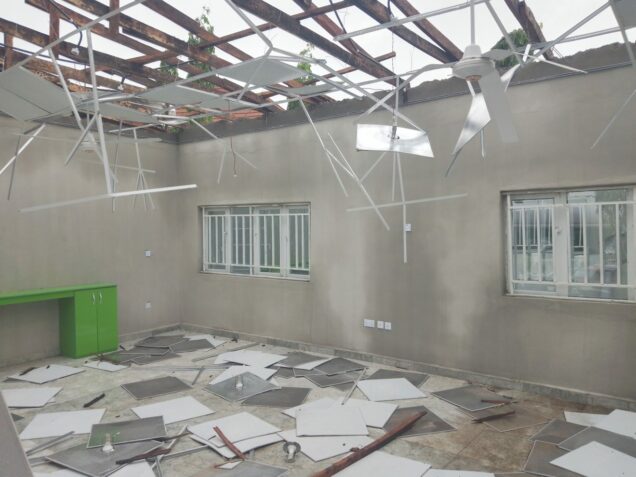 The Federal Institute of Industrial Research (FIIRO) has appealed to the Kano State government to repair its Northwest zonal office, which was damaged by a rainstorm.

Dr Jummai Tutuwa, the Director-General of the institute, made the appeal while conducting journalists round the office on Monday in Kano.

She said that the rooftops of its new central laboratory and tomato processing plant were affected by the storm.

Tutuwa, who was accompanied by board members of the institute, said that the damage ran into millions of naira.

According to her, the institute has no capacity to immediately fix the damage, hence the need for the state government to assist in repairing the damaged portion of the office.

Also, Chief Ajayi Nicholas, Chairman of the Business and Investment Committee of FIIRO, called on members of the National Assembly from the state to intervene due to the importance of the facilities to the state.

He said the institute was established to conduct and promote market-driven research and development for the industrialisation and socio-economic development of the country.