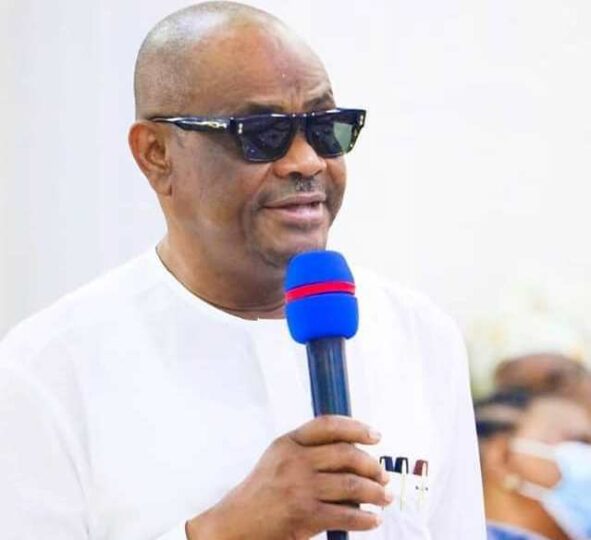 Less than eight months to the 2023 governorship election, Governor Nyesom Wike of Rivers State is putting finishing touches to his desperate plot to, again, stop the All Progressives Congress (APC) governorship candidate in the South-South state, Arc. Tonye Cole, from participating in the  elections.

Just like in 2019, Wike’s plans, it was learned, is to use the judiciary again, starting from the Rivers State High Court to remove Cole from the ballot in the 2023 elections.

The charges were filed against Cole and the other defendants on June 20, 2022. The matter is before Justice David Gbasam of Rivers State High Court.

With the next adjourned court date billed for Thursday, July 21, Wike has been bragging to people in his close circle that Cole will be convicted by the Rivers State judiciary sooner than later. And that would bar Cole from participating in the governorship elections.

According to reliable sources, Wike is boasting and bragging that he has control of the judiciary in Rivers State and Nigeria and that they will always do his bidding and deliver judgements that he wants them to do.

According to the sources, Wike’s precise words are that he can do and undo with the judiciary in Nigeria. He brags that he will use the judiciary to stop Tonye Cole and that Cole won’t even be on the ballot for the elections.

Wike says that his influence, reach and hold on the judiciary and judges in Nigeria go far beyond Rivers State. And he’s quick to cite as examples how he won the VAT case against the Federal Government in a Federal High Court and his winning of the 17 oil wells case against Imo State in the Supreme Court.

Furthermore, to achieve his plot of convicting Cole in the Rivers State High Court, Wike has, painstakingly, drawn out an extensive and extremely expensive plot to induce  former appointees who served in the administration of his predecessor, Amaechi, to come and testify in court against Cole and the other defendants.

“For Wike, it is principally about the optics, to build public opinion and perception against Tonye Cole and the other defendants. So, the trick is when members of the public see past government appointees, who were appointed by one of the defendants, coming to court to testify against Tonye Cole and the other defendants, that would ostensibly make the story of fraud and corruption somehow credible.

Wike is already making promises to these former appointees who he wants to act as prosecution witnesses against Tonye Cole and the other defendants.

Former Amaechi’s Commissioners, Special Advisers and Assistants are being promised mouth-watering sums of money and enormous government patronage to give false testimony against Cole and the other defendants.