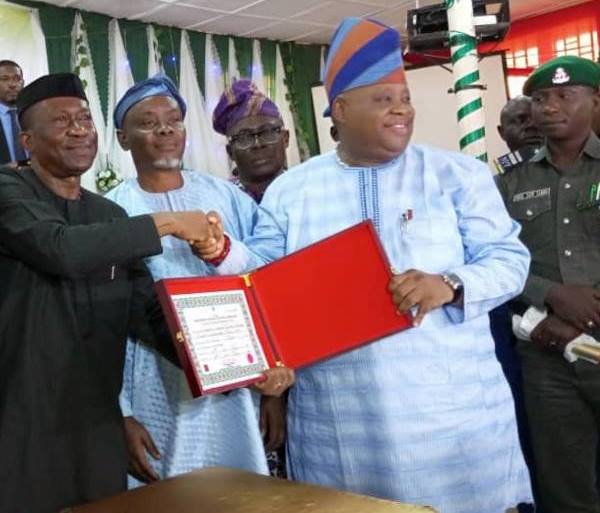 Adeleke of the Peoples Democratic Party (PDP) was declared winner of the governorship election, polling 403,371 votes to defeat the incumbent governor, Oyetola, who scored 375,027 votes.

The Osun governor-elect won in 17 Local Governments and will be sworn-in as governor in November.

He was issued the certificate of return by INEC in Oshogbo on Wednesday.