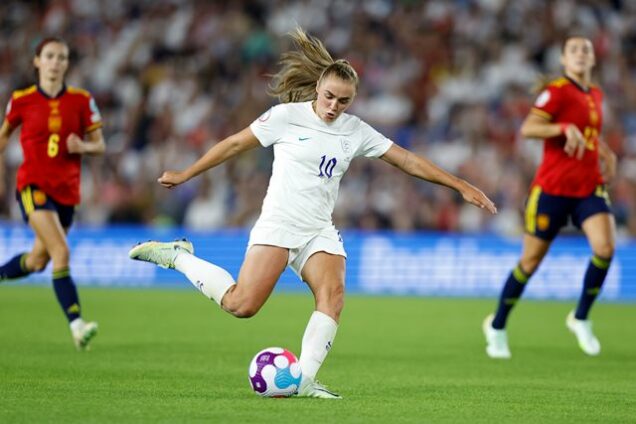 The Lionesses of England have reached the semi-finals of  the UEFA Women’s EURO 2022 after coming from behind to beat Spain 2-1 in extra time.

Georgia Stanway was the heroine of the match following her 96th minute stunner during extra-time, which won the match for the English team.

It was a moment of pure magic from Stanway as she fired them in front, unleashing a rocket from 25-yards high into the roof of Sandra Paños’ goal.

Spain were six minutes from qualifying for the semi-finals, when the Lionesses equalised and dragged the match into extra-time.

Esther González’s 54th minute goal had seen England trailing and on the verge of crashing out.

A free-flowing Spanish move culminated in del Castillo cutting the ball back to González, who touched and swivelled six-yards out to fire Spain into the lead.

Six minutes from time, Ella Toone levelled for England, pushing the match into extra-time which the Lionesses finished off Spain to reach the semis.