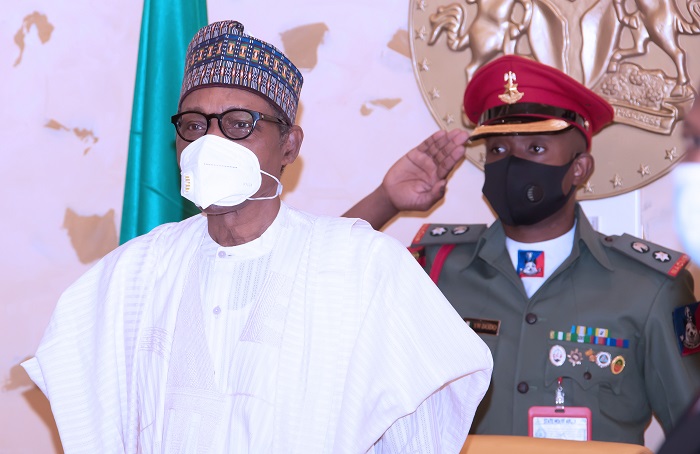 The Federal Executive Council (FEC) has approved a contract worth N6 billion as augmentation for the Chochi irrigation project in Adamawa as well as N1.4billion for procurement of aviation equipment.

Ministers of Water Resources, Sulieman Adamu, and Aviation, Hadi Sirika, said this while briefing State House Correspondents at the end of the meeting.

Adamu said: “As you know the trend with us since the inception of this administration has been to lay emphasis on the completion of ongoing projects that we inherited.

“This project started in 1988 during Petroleum Trust Fund (PTF) era to provide 1,200 hectares of irrigation in Chochi in Yola, Adamawa State; unfortunately, it has suffered a lot of setbacks.’’

According to him, following the dissolution of PTF, the project was transferred to the Federal Ministry of Water Resources.

“It was kept in the cooler for about eight years before it finally emerged in 2006 and was re-awarded to the same company, Impresit Bakolori.

“But in subsequent years, it has suffered so many things. There has been a lot of encroachment in the area because it’s outside the Yola town, in between Yola and Jimeta.

“Buildings have sprung up, filling stations and so on and so forth. So, which of cause is at several points to redesign the project.

“Now, we are poised to complete it. And one of the key issues is that the project is based on pumping.”

He explained that the present high cost of diesel and foreign exchange was responsible for the review of the contract sum.

“At the time it was awarded, diesel was very cheap, but now diesel is so expensive.

“So, we provided a solar component to provide energy for the pumps, to irrigate the land and this is one of the reasons in addition to the variation of prices, foreign exchange fluctuation that calls for a review of this project, seeking for augmentation of about N6 billion and an extension of time to complete the project.

“At the same time, we felt the need for strengthening the technical, financial, and managerial capacity of the company, which has dwindled over time.

“Contractors of the company have been there on the site for like 24 years and they’ve lost quite a lot of experts along the way.

“Therefore, we have now been able to reinforce the original contractor. Rather than terminate the contract, we feel it’s better to just continue by reinforcing the efforts of the contractor through a joint venture with another company which is a Nigerian company.’’

According to him, the augmentation of N6 billion takes the project to N11.026 billion with an additional extension period of 24 months, plus 12 months affect liability period, making a total of 36 months.

On his part, Sirika said N1.4billion was approved for the procurement of surveillance equipment for Kaduna and Port Harcourt Airports.

He said: “The approval is for the award of contracts for the design, supply and maintenance of mobile surveillance observation systems with remote-controlled licence and these are for the airports of Port Harcourt and Kaduna and it will continue to other airports progressively.

“We are beginning with the first two but it will continue with the remaining airports in the future and the contract sum for this particular procurement is N1, 499, 603, 500 including the 7.5 per cent value added tax and it will be delivered within 30 weeks.”

He explained that the agreement was in accordance with the Chicago convention, to which both Nigeria and Canada were signatories.

“The approval we got was for the signing of bilateral air service agreement (BASA) between the Federal Republic of Nigeria and the government of Canada and this is in accordance with the Chicago convention, to which both Nigeria and Canada are signatories.

According to him, the highlights of the BASA involve the granting of rights and privileges as well as the designation of airlines’ authorisation, withholding, revocation, suspension and limitation of authorisation, and application of national laws and regulations.

“Other components are safety standards certificate and licences, aviation security, custom duties and other charges, statistics pricing and general terms and conditions of carriage, availability of airports and aviation facilities and services, capacity and airline representatives.

“Others are ground handling, sales and transfer of funds, consultations, amendments therefrom, settlement of disputes, entry into force, among others.

“Council approved that we go ahead and sign the BASA between us and Canada for all of the benefits to be driven therefrom, mutually,” he said.

Also commenting on the threat by the aviation union to shut down airports in solidarity with ASUU, Sirika expressed serious concern about the threat.

However, he assured the public that “the threat will not be carried out because aviation authorities are already talking to the union.

“I’m naturally concerned about this if the aviation unit will shut down in support of ASUU. I would say they have no need to.

“I will say also that we should begin to look at civil aviation as a critical national security enterprise. It has all the implications.

“We should not contemplate or think about an aviation disaster. We should also think about the general activity of the economy of Nigeria without civil aviation.

“I think it should be reconsidered. So, civil aviation workers, I think should not be part of this.

“Yes, I am concerned and yes we’ve spoken to them and I don’t think they will join because they know that there’s a huge responsibility of lives on their heads”.