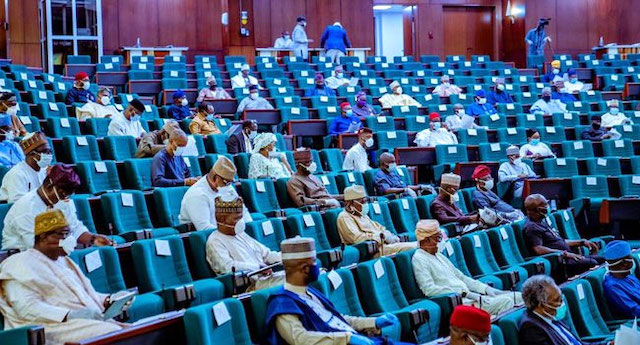 This will cover 32 years.

The objective, according to the House, is to ascertain “whether or not the capital expenditure, operations, financials and related frameworks are within the ambit of the law.”

An ad-hoc committee will execute the assignment within eight weeks as approved by the resolution of the House passed during plenary in Abuja on Thursday.

The session was presided over by the Deputy Speaker, Rep. Ahmed Idris Wase, in the absence of the Speaker, Rep. Femi Gbajabiamila.

Six lawmakers moved the motion that led to the House resolution.

The motion reads, “The House: notes that section 88 (1) and (2) of the Constitution of the Federal Republic of Nigeria, 1999 empowers the National Assembly to conduct investigations into the activities of any authority executing or administering laws made by the National Assembly;

“Also notes that Escravos Gas-to-Liquid (EGTL) Project is a Joint Venture (JV) undertaking by the Nigerian National Petroleum Corporation (NNPC) and Chevron Nigeria Limited for the construction of a 34,000 Barrels Per Day (BPD) of Gas-to-Liquids (GTL) Plant at Escravos, Delta State;

“Concerned that the ETGL and its JV projects are executed at such huge costs when similar projects in other jurisdictions like Qatar, which have the same capacity, technology, Engineering Procurement, and Construction (EPC) Contractors and even operators cost less than $1.5 billion;

“Also concerned that although EGTL projects are governed by the Heads of Agreement (HOA), Carry Agreement (CA) and the Venture Agreement (VA) in line with various legal regimes such as Companies and Allied Matters Act (CAMA), Petroleum Profit Tax Act (PPTA), Companies Income Tax Act (CITA) in principle, there is a breach of the principles involved;

“Worried that the Bonga field (OML 118), which is owned by the NNPC but contracted to SNEPCO (55%), ExxonMobil (20%), Agip exploration (12.5%), and Total (12.5%) under the Production Sharing Contract (PSC) now seems to be far from being a PSC arrangement as it runs foul to the relevant financial operational laws;

“Also worried that the Offshore Gas Gathering System (OGGS) which was designed to gather gas from various upstream projects in the Niger Delta region under a PSC and JV arrangement with companies such as SNEPCO, SPDC, NLNG has now become mired in some operational misunderstandings;

“Disturbed that in the brewing misunderstanding, SPDC and SNEPCO allegedly went into certain gas sales and sharing arrangements without the prior knowledge and/or consent of the Federal Government via the NNPC, which has resulted in certain shortfalls in revenue into the Federation Accounts.”