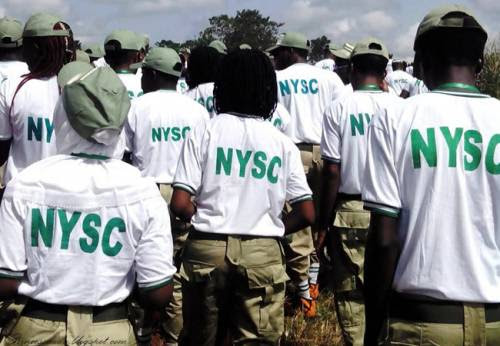 The Director-General, National Youth Service Corps (NYSC), Brig.-Gen. Muhammad Fadah has condoled with the families of two youth corps members who lost their lives in an auto crash.

The condolence message is in a statement issued by the scheme’s Director, Press and Public Relations, Mr Eddy Megwa, on Thursday in Abuja.

Megwa stated that the two youth corps members died on their way back home to Kaduna State after the 2022 Batch “B” Stream One Orientation Course in Adamawa.

He said Fadah visited the parents of the deceased in Kaduna, commended their patriotic spirit and prayed for the repose of their souls.

The director added that “the deceased were on relocation from Adamawa to Kano State before the unfortunate accident occurred along Zaria/Kano highway after their registration in Kano.”

Megwa said that the director-general also visited the other two youth corps members that survived the accident and received treatment at the 44 Military Hospital in Kaduna, where he prayed for their quick recovery.

He stated that the director general had commended the Chief Medical Director (CMD) of the hospital, Col. NS Onuchukwu, and staff for providing medicare for the hospitalized youth corps members, as the CMD assured of adequate medical attention.

In another development, the scheme has alerted the public to be wary of the antics of fraudsters purporting to be youth corps members.

“The attention of the NYSC management has been drawn to the pictures of a lady in NYSC uniform and that of a sick woman purporting to be serving youth corps members on admission at Gbagada General Hospital in Lagos.

“They were soliciting for financial assistance to the tune of N2 million.

“NYSC has gone to the said hospital for investigation, combed the whole wards and there is no record of such persons at the hospital.

“The welfare of youth corps members remains a cardinal policy thrust of the scheme and all members have been enrolled in the National Health Insurance Scheme (NHIS).”

The scheme advised the public to disregard the fraudulent post.