I and Gbajabiamila never converted any lawmaker to Islam: Idris Wase 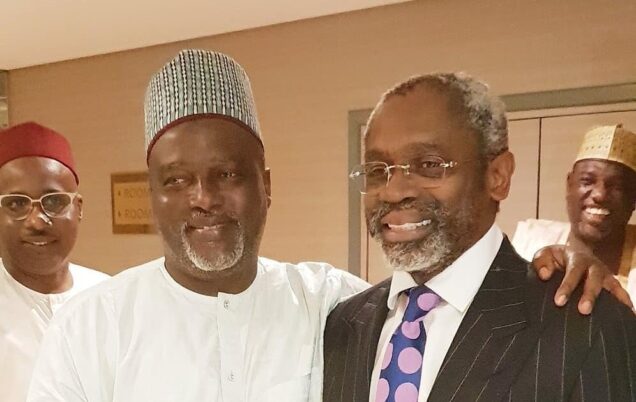 I and Gbajabiamila never converted any lawmaker to Islam: Idris Wase

Wase said this when a group, Asiwaju’s Pact with Citizens Campaign 2023 (APCC2023) paid a courtesy visit to him in Abuja on Friday.

He said that politics was about development, which according to him “has to do with what you can do and offer, but not about sentiment, which does not work’’.

He said that APC was on a good course with the emergence of Asiwaju Bola Ahmed Tinubu as the Presidential candidate of the party.

“A journalist some days ago when myself and my colleagues went to congratulate the vice president (Insha Allah in 2023) asked me whether we have any issues regarding Muslim-Muslim ticket and my answer was that we have the same here in the house.

“The speaker and I are Muslims and I do not know how many of our members have been converted so far to other religions, our priority is about giving the people the dividends of democracy.

The House of Representatives deputy speaker noted that some of the emotions and sentiments being expressed were basically from those who wanted to cheaply gain access to power causing confusion within the society.

He said that what should be paramount in the minds of the people should be competency, efficiency, and who could deliver and give the country the best.

He said that there was no doubt that the choice of Tinubu “is from God’’, who had given out his best and had been in the political terrain for years.

Wase said that Tinubu had developed people, adding that there was no segment of the society where someone he had assisted would not be found.

He said that he had not seen any candidate in any political party that could match Tinubu’s achievements, adding that the array of ministers in this administration was a testament to the fact.

He said that no politician in the country today could match Tinubu’s contributions and what he had done, adding that the APC had a lot to showcase from Tinubu’s candidature.

Rev. Dominic Alancha, the National Coordinator, APCC2023, said that the platform was all-inclusive and sought to rally Nigerians towards the growth and development of the country.

He said that key issues across all sectors of the economy would be addressed by Tinubu’s presidency, adding that the issue of unemployment, insecurity, and education, among others, would be resolved.

The group also made Wase the Chairman of the National Advisory Council.

Alancha said he believes that the goals and vision of the group would be achieved with the coming in of the deputy speaker.