Meet first 12 BBNaija "Level Up" housemates: What to expect 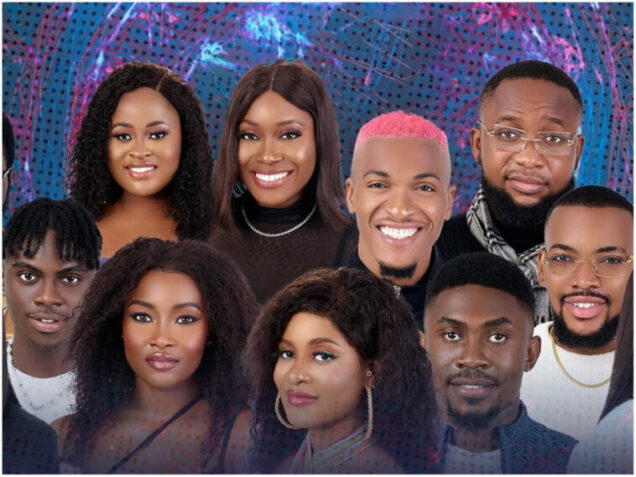 This year’s season is tagged ‘Level Up’ as announced by the 6-time Big Brother Naija host, Ebuka Obi-Uchendu.

The premiere night also featured electrifying performances from Asake and Victony, who thrilled the live audience and fans.

The first night of the launch aired on July 23, 2022, across all Africa Magic stations on GOtv and DStv.

Below are the first 12 housemates to enter the BBnaija “Level Up” house.

Henry Olisamekarakway, also known as Groovy was the first housemate to enter Big Brother’s house. He is from Anambra State and promised to bring vibes, drama and laughter to the house.

Beauty Tukura hails from Taraba State and an ex-beauty queen who was crowned Miss Nigeria in 2021. She promised to bring all the realness to the show. According to her, she is a very straightforward person, very expressive and true to herself.

Khalid Ismail hails from Plateau state and plays basketball. He also boasts of possessing great communication skills. Khalid is single and not searching.

Ilebaye Odiniya describes herself as adventurous and controversial. She hails from Kogi State and promised to bring the Gen Z drama to the house. Ilebaye said she’s a lover but not going to be a shipper.

Bright Erekete, also known as Cyph, is a tech bro who doesn’t believe in love at first sight.

Chiamaka Crystal Mbah​​ calls herself Nigerian Nicki Minaj while adding that she’s perfectly single, “single to the last letter of the word”.

Kesiena Tony Adjekpovu also known as Kess is a married 28-year-old businessman who enjoys living life to the fullest. He said his wife approves of him being on the show and having fun.

Daniella Peters is a 22-year-old poet from Obudu, Cross River State. She doesn’t like drama. She’s a twin and hopes to get recognition as a poet. She is very open, sincere, a jack of all trades and a master of some. She doesn’t entirely believe in love or love at first sight.

Saviour Akpan is from Akwa Ibom State. PharmSavi said he’s super confident and a gentleman with an amazing sense of humour. He doesn’t believe in love at first. He describes himself as a pharmacist and a low-key entertainer.

Ijeoma Josephina Otabor also known as Phyna is from Edo State. She said she is short-tempered and is bringing a lot of energy, vibe and drama. Phyna said drama for her could mean violence. She is also bringing something that nobody has ever seen on the show. She is not a believer in falling in love at first sight.

Christiana Oluwafunke Ojumu is a Nigerian internet personality from Ondo State. She is also a beauty entrepreneur who runs a cosmetics business.

The second day of the launch will hold on Sunday, July 24, 2022, across all Africa Magic stations on GOtv and DStv.