Why I went into music without my parents’ consent - Eli Marliq 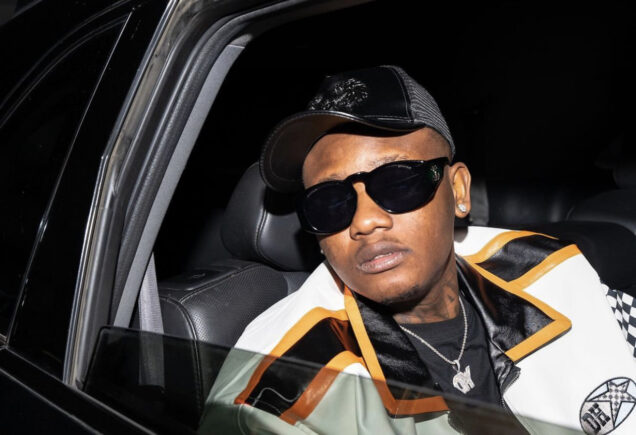 Nigerian dancehall artist, Eli Marliq came fully prepared into the music scene when he made his debut single “Greater” in 2018. Moving forward to 2020 and 2021, he released two body of works which includes “I wan Blow” and “Yuseless”, the projects reiterated that a new kid has come with a unique vibe.

The self acclaimed “Ghetto Yute” whose real name is Mrakpor Thomas Ovie delivers premium content unapologetically as he navigates between his personal experiences and life matters in general soaking the lyrics into a dancehall melody.

The dance hall act who hails from Delta state, Nigeria, is in no way ready for jokes as he is set to add more energy and life to the Dancehall space in Africa. In this interview with Taiwo Okanlawon, he spoke about his music sojourn, challenges and future plans.

You recently featured Jaywilzz, King Perry, Erriga, and others in YUSELESS 2mixtape, how’s the reactions from your fans?

We made a spectacular melody that will surely get fans fixed to the spot in no time. I have seen fans reactions and in the end, this is an incredible tune that should be on everyone’s playlist if you are indeed a lover of good and beautiful music. Everybody loves Yuseless 2.

My name is Mrakpor Thomas Ovie from Otu Jeremi Delta State Nigeria. I was born into a Christian family of five; 4 girls, and me the only boy who’s also the last child. I went to Busola Primary School in Oworonoshoki in Lagos, before switching to Gulf Flower High-School. I studied Political science at the Madonna University in Okija before switching to Tansian University. Growing up, I listened to a lot of Timaya, D’banj, Faze, Daddy Showkey, Stereoman, Oritse Femi, Danfo Driver amongst many others.

You were not born into music, how did your growing up contributed to your music career?

I wasn’t born into music but I used to rap in Church. I would go to nearby Churches and freestyle. I won some awards rapping in Churches.

What was your parents’ reaction to your music career?

Initially, my parents were not happy, but I didn’t really care. I’ve always wanted to do music and I didn’t let anything or nobody convince me otherwise. Parents want their kids to grwo up to become doctors, engineers and all of that, I also understand that with time they will realize that I really love to do this and I have passion for it.

How long have you been in the music business?

Just like I said ealier, I have been doing this for a long time, as a kid in the Church but I recorded my first demo in 2009. I also started doing music professionally in 2018.

How would you describe your struggle over the years to find your feat in the industry?

Life itself is a struggle so I will not say I am struggling but moving. I’ve not really struggled in the music industry, I’ve just been doing my thing and building myself and living my life according to God’s plan.

Tell us about the challenges you face as an upcoming artiste.

Funds has always been the major challenge. Money to promote the music. As an upcoming artist, I have to try to find a balance between my music and my day-to-day responsibilities.

Was there a time you wanted to give up and do something else?

There’s never a time I’ve ever thought of quitting music. Like I said, I’ve been building myself. A person who’s building doesn’t just abandon the project. I’m building.

J Town is where I come from, so growing up there has left such an impact on me. So the song is just me telling the world about Otu Jeremi and the struggles I faced as a youth growing up.

Who are some of the A-list artistes you are planning to work with?

I have a long list actually but top of it the African Giant, Burna Boy, Timaya, Patoranking, Wizkid, Davido.

Ghana is like a twin brother to Nigeria, so we are always for eachother and I have my eyes on Shatta Wale, Stone Bwoy, Mugeez, and Black Sheriff.

Who influences you in the music industry both in Nigeria and Diaspora?

The Nigerian music industry is growing nicely and we’re gaining the global attention we longtime deserved. Thank God for the Big Dawgs putting us up there on the map.

I have alot of projects that I want to emback on but first I will be dropping hot singles for my fans. From there I will reveal other plans and how I will be executing them from time to time.