PDP to Babayemi: Drop all litigations against Adeleke 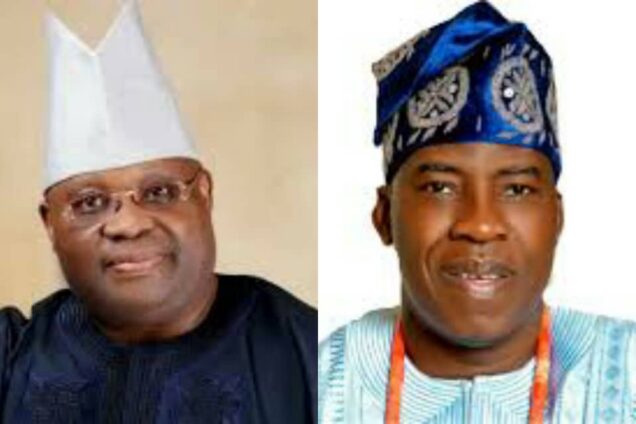 This is contained in a statement signed by the caretaker Chairman of the PDP in Osun, Dr Akindele Adekunle, on Sunday in Osogbo.

PDP, in the statement, specifically frowned at the “apparent attempt by the former aspirant to become a tool of the APC to truncate the overwhelming victory of PDP at the governorship poll’’.

It described as worrisome Babayemi’s refusal to listen to calls by elders of his group who urged him to discontinue the legal challenge of the PDP primary in Osun.

“While the aspirant had filed several cases and failed to upturn due process decision of the party, the party noted that the last ruling of the Court of Appeal should put paid to further litigation on the primary.

“Any decision to pursue the issue further will smack of open anti-party activity and a direct disrespect for the people of Osun state who voted massively for Sen. Ademola Adeleke,’’ it said.

The party described as a very dangerous and self-destructive dimension the alleged collaboration between Babayemi and the APC to continue the case, affirming that such an evil alliance would end in further legal defeat.

“From the beginning of the litigation to date, it was obvious the aspirant was only holding unto straws as the primary that produced Sen. Adeleke fulfilled all extant regulations and legal requirements in line with the Electoral Act among others,” the statement read in part.

In one of the primaries held at the Osogbo City Stadium, under the supervision of Deputy Governor of Bayelsa, Mr Lawrence Ewhrudjakpo, as Chairman, Sen. Ademola Adeleke was declared the winner.

However, the other primary held at the Women and Children Development Initiative Foundation (WOCDIF) Centre, Osogbo, produced Prince Dotun Babayemi as the winner.

In a list of candidates later released by the Independent National Electoral Commission (INEC), Adeleke emerged as the flag bearer of the PDP.

Babayemi approached the Federal High Court, Osogbo, challenging the PDP’s nomination and submission of Adeleke’s name to INEC and the validity of the governorship primary conducted at the stadium.

However, the case was dismissed at the Federal High Court Osogbo, as well as the Appeal Court in Akure.

Adeleke later won the governorship election on July 16 with 403,371 votes to defeat his closest rival, Gov. Gboyega Oyetola, the candidate of the APC, who scored 375,027 votes.