Ukraine should cede no territory to Russia: Henry Kissinger 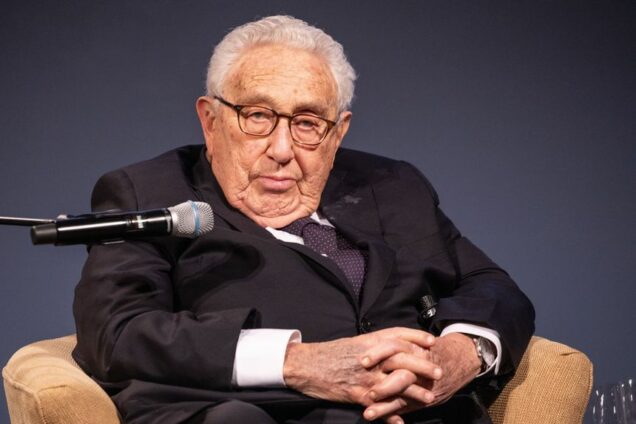 Former U.S. secretary of state Henry Kissinger has advised Ukraine and the West not to cede any Ukrainian territory occupied since the start of the war to Russia in any future peace negotiations to end the conflict.

Kissinger told German public broadcaster ZDF that giving up Ukrainian territory should not be on the table.

All this had to be done in tandem with the people of Ukraine, Kissinger added, as Russia’s war on Ukraine reached its five-month mark.

Kissinger was born in the German town of Fürth in 1923, but his German-Jewish family was forced to flee Nazi Germany in 1938.

He went on to become a key shaper of U..S. foreign policy from the late 1960s to the late 1970s as a national security adviser and secretary of state.

In 1973 he received the Nobel Peace Prize for the ceasefire and withdrawal agreement from what was then North Vietnam.