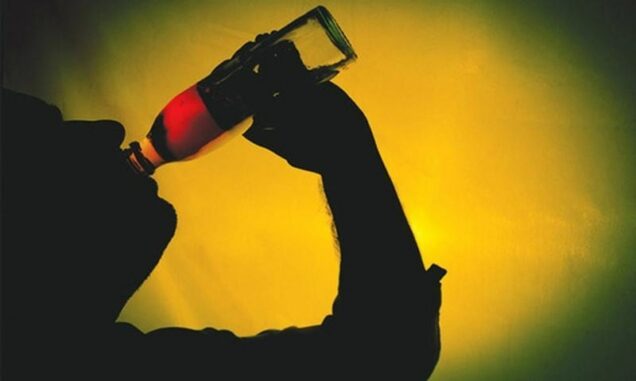 The victims were mostly villagers from the Botad district, officials at the police control room said.

Three people have been arrested so far and investigations are underway.

A large amount of suspected spurious alcohol has been seized in raids.

The tragedy first came to light when villagers who consumed the liquor on Sunday night were admitted into hospitals in the area early on Monday.

There were at least 30 people in serious conditions being treated, NDTV news channel reported.

There are some government-authorised liquor shops from where residents with special health permits and foreigners can buy alcohol.

This is the second major incident where spurious liquor has caused a large number of deaths in the past year.

No fewer than 30 people died in the eastern state of Bihar in November.

In Bihar, there was also an alcohol ban, which some critics said encouraged the peddling of illegal and often tainted alcohol that was brewed without any regulation.

The illegal liquor trade thrives in India because it is much cheaper than commercially produced alcohol.

Hundreds of people, mostly the poor, die every year after consuming such toxic alcohol.