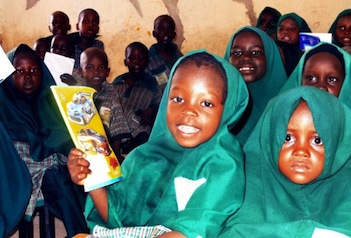 The Katsina State Government, in collaboration with UNICEF, has flagged off a “School Enrollment Drive “ in two local government areas (LGAs) of the state.

Flagging off the campaign on Monday, the Commissioner for Education, Prof. Badamasi Lawal, said it would target Kafur and Kankara LGAs.

Lawal said that the campaign was aimed at tracking the high number of out-of-school children in the two LGAs.

Represented by the Permanent Secretary, Alhaji Musa Dankama, the commissioner said that the move was to ensure that out-of-school children were returned to school.

In his remark, the Chairman, of Katsina State Universal Basic Education Board (SUBEB), Alhaji Lawal Buhari, said the campaign entailed the training of stakeholders who would ensure that school-age children are in school.

According to Buhari, the stakeholders include mothers’ associations, head teachers, community volunteers and leaders, as well as LG officials.

The chairman, who was represented by the Director of Social Mobilisation of the board, Alhaji Garba Adda’u said the campaign would be sustained.

Earlier, the SUBEB UNICEF Focal Person, Hajia Hauwau Kaikai, maintained that the campaign was to build community consensus on the best approach to get the affected children back in school.

Also speaking, the representative of the Katsina Emirate Council, Alhaji Saidu Abeh, assured the gathering that the emirate would give its maximum support to the improvement of education in the state.