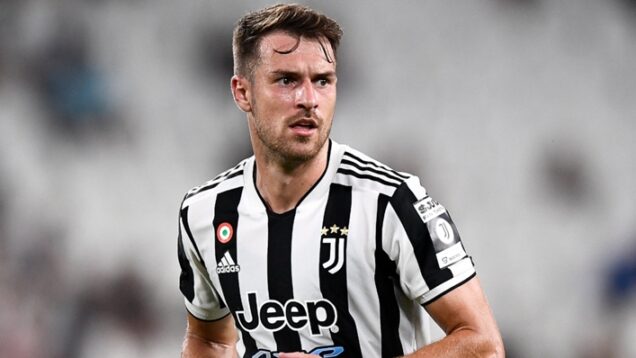 Aaron Ramsey will become a free agent after Juventus announced his contract with the Italian club had been mutually terminated.

The Wales international joined the Bianconeri in 2019 after his Arsenal contract expired, but he fell out of favor last season and made just three Serie A appearances before joining Scottish side Rangers on loan.

He featured seven times for the Gers in the Scottish Premiership, but his time in Glasgow will be remembered for his crucial penalty shoot-out miss in the Europa League final against Eintracht Frankfurt in Seville, which Rangers ultimately went on to lose.

The 31-year-old returned to Turin after the loan spell with one year left on his contract, but it has been agreed between the two parties that they will part ways.

The midfielder has been strongly linked with a move to a couple of former clubs, with boyhood club Cardiff City reportedly interested as well as Premier League new boys Nottingham Forest, where he spent a short spell on loan in the 2010-11 season.

Ramsey will be keen to get some minutes under his belt to prepare for the World Cup with Wales in Qatar in November.

Juventus meanwhile are reportedly interested in Paris Saint-Germain’s Leandro Paredes, who spent last season on loan with Sporting Lisbon and could be a player that PSG would be happy to sell.