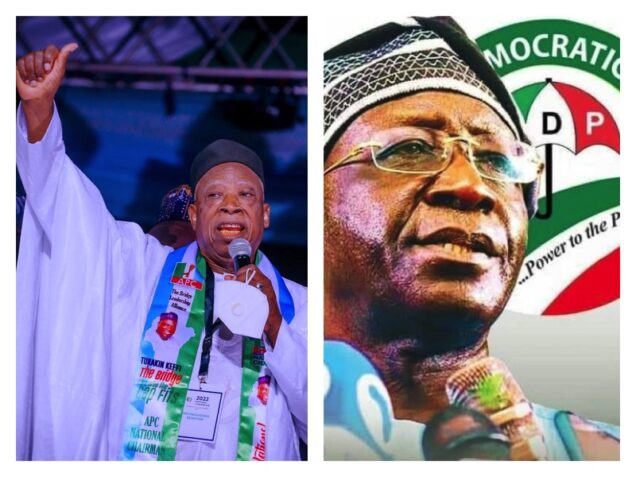 The Peoples Democratic Party ,PDP, in Rivers State has dragged the Independent National Electoral Commission, INEC, to Court seeking the disqualification of all National and State Assembly Candidates of the All Progressives Congress APC from 2023 elections

PDP is alleging that APC did not comply with the new Electoral Act of 2022 during the conduct of its primaries that led to the election of the candidates.

However, one of the APC candidates and a Lawyer, Ezekiel-Amadi Ezemonye, appearing for himself and the 12 defendants announced that he had filed a petition at the Federal High Court Administrative Judge against the presiding Judge, Justice Stephen Daylop-Pam.

Amadi Ezemonye who is the APC Candidate for Ikwerre-Emohua Federal Constituency,Ezekiel expressed fear that members of his party may not get justice from the Judge over what he alleged to be the Judge’s antecedents.

The PDP wants the Independent National Electoral Commission, INEC to disqualify all the APC National Assembly Candidates for alleged non-compliance to 2022 Electoral Act.

The PDP also alleged that the APC did not allow INEC to monitor its party primaries as required by the Electoral Act.

After listening to Counsels of PDP, and INEC asking for extension of time to respond to the processes adjourned the case to August 29,2022 for the resolution on the petition.

Our Correspondent also reports the PDP had also dragged INEC to Court,also seeking the disqualification of the Governorship candidate of Accord Party, Dumo Lulu Briggs, before Justice Stephen Daylop-Pam on a similar allegation of the non-compliance to the Electoral Act.