Controversies trail emergence of Rev. Okoh as new CAN President 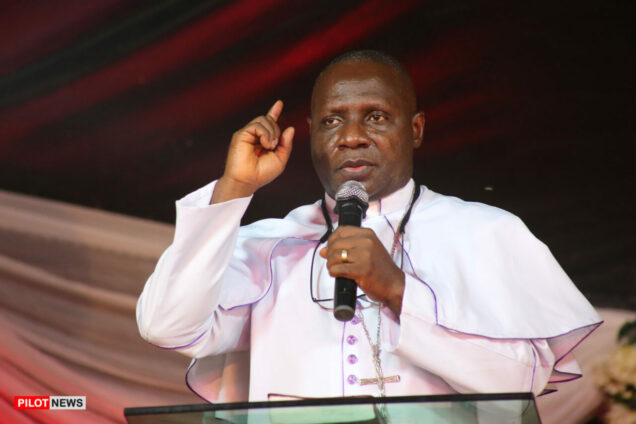 Controversy is trailing alleged emergence of the Most Rev. Daniel Chukwudumebi Okoh, the General Superintendent of Christ Holy Church, also called Nation Builders (Odozi-Obodo) as the new president of the Christian Association of Nigeria, (CAN).

CAN General Secretary, Mr. Joseph Daramola had in a statement late Tuesday indicated that Okoh has been elected as the Association to take over Rev. Samson Ayokunle whose tenure is expected to come to an end on Friday, July 29, 2022

But CAN in a statement released late Tuesday denied the claim by its General Secretary.

In the statement was signed by Pastor Adebayo Oladeji, the media assistant to the Ayokunle, CAN said its new president will only be announced after its General Assembly which will begin of Thursday, July 28.

CAN also emphatically stated that Daramola is not its spokesman, but the General Secretary and therefore was not in position to make such announcement.

CAN added that while it is true that the Most Rev Okoh has emerged the candidate from the Electoral College, his election must be ratified by the National Executive Council and the General Assembly of the Association.

The Association therefore added that the process of selecting a successor to Oyekunle is still ongoing and it will be completed on Thursday.

“According to reports, the announcement is contained in a statement on Tuesday in Abuja by the CAN’s General Secretary, Barrister Joseph Daramola. Nothing can be farther from the truth.

“For the record, Daramola is not the spokesman of the Association but the General Secretary.

“The letter being referred to was the Invitation Letter sent to the members of the National Executive Council and the blocs’ leaders of the Association to complete the process that will lead to the emergence of the new President.

“Perhaps, it is imperative to state what the Constitution says about the remaining process:

“According to Article 17 (9) (viii), “The candidate who secures majority vote of the Electoral College for each office shall be recommended to the National Executive Council.”

Article 17 (9) x states, “In the event that any candidate fails to secure the majority vote of the General Assembly, the procedure in paragraphs (4), (5), (6), and (8) herein shall be repeated by the Electoral College to reconsider the suitability or otherwise of all the candidates based upon the reasons adduced by those who opposed the candidature. The Electoral College may or may not substitute any candidate for any position based on majority vote of its members.”

Article 17 (9) xi states, “In the event of a deadlock in which case the candidate represented is rejected by the General Assembly, a combined meeting of the Electoral College and the President-in-Council of the Association will examine the issue(s) and make a final choice from all the nominated candidates for the office.”