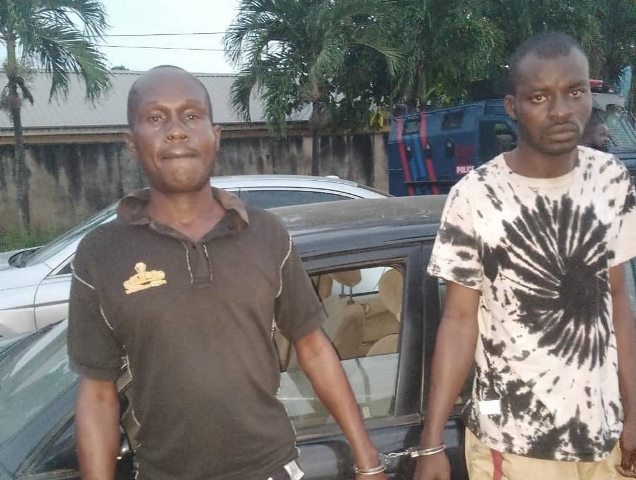 A statement issued by the Command’s spokesman, Benjamin Hundeyin on Wednesday said the suspects were arrested at about 1:30am on Sunday, July 24, 2022, shortly after they snatched a Toyota Corolla 2000 model with registration number LND-664-GF.

“The suspects, Abiodun Nurudeen ‘m’ aged 36 and Anthony Richard ‘m’ aged 45, both recently released on May 05, 2022 and June 04, 2022 respectively from Ikoyi Correctional facility, were arrested following a tip off from civic-minded members of the public.

Hundeyin said Nurudeen and Richard would be arraigned at the conclusion of investigation.

He added that the Lagos State Commissioner of Police, CP Abiodun Alabi,  assured Lagosians that the command would continue to do everything operationally possible to ensure the safety and security of all residents of Lagos State.