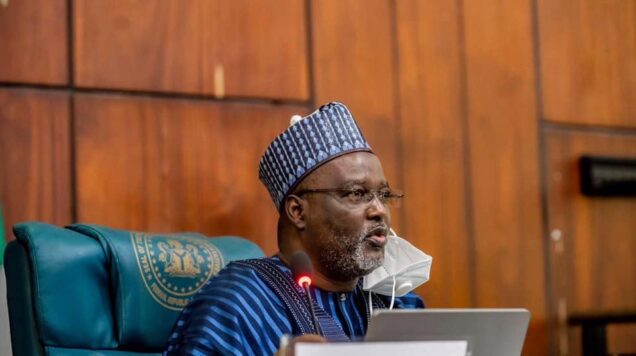 Deputy Speaker of House of Representatives, Ahmed Wase, has said the All Progressives Congress (APC) deserves an overwhelming victory in the 2023 presidential poll, as it has done so much for Nigerians.

Wase said this when he received The Asiwaju Support Group in his office in Abuja on Thursday, urging the group to go out and canvass votes for the APC, ahead of the 2023 general election.

According to him, there is no section of the country that has not witnessed massive infrastructure development.

Wase said although the government’s revenue had witnessed a sharp decline, it had been able to achieve much in the area of infrastructure.

“No government has touched the lives of the ordinary citizens like that of APC, those who have nothing to do, whether they are graduates, young and the old are being given monthly stipends just like it’s being done in other countries.

“I think you should not despair but get encouraged and go and rollout to people and say, look this is what we have done.

“We have the capacity, we have a product in the person of Asiwaju to sell; he has turned around the economy of Lagos state, he has built capacity and he has built people.

“So, you should go out in full force with your heads high seeking for those votes, there is no candidate in any political party that can match Asiwaju,” he said.

He pledged the House’s commitment to work with all support organisations to ensure an overwhelming victory for the party come 2023.

“We will work together; we shall collaborate with every organisation to ensure victory and by implication using what is available to us within our own limit.

“We shall disperse so that all together we can win the hearts of the electorate.

“Government is not sleeping on matters of security challenges, it is a thing of concern to all Nigerians and by the grace of God, we are going to get over it.

“Be confident that the APC has done much on many fronts that we have reasons to canvass for the votes from Nigerians,” he said.

The deputy speaker said that the APC-led administration has been able to dismantle the Boko Haram terrorists group which was in control of the North East.

“Today, the story is not the same,” he said.

Wase said that the APC administration was badly affected by sharp drop in crude oil price as it fell from 122 dollars to 26 dollars per barrel and the export quantity dropped from 126 barrels to below 110.

Earlier, the spokesperson for the group, Mr Danor Ayo said that the aim of the visit was to solicit the support of the deputy speaker for the APC presidential candidate, Asiwaju Bola Tinubu.

He said that the group was made of members and supporters of the APC who have served and were still serving in various offices.

Ayo said that the objective was to solicit support for Asiwaju and the entire APC candidates for the 2023 general election.

“We do not want to only win the presidency, we want to have the majority in the National Assembly to make things easier for our president,” he said.

He commended Wase for always speaking for Nigerians, urging him to continue for a better Nigeria.