Police present N16m to families of deceased personnel in Borno 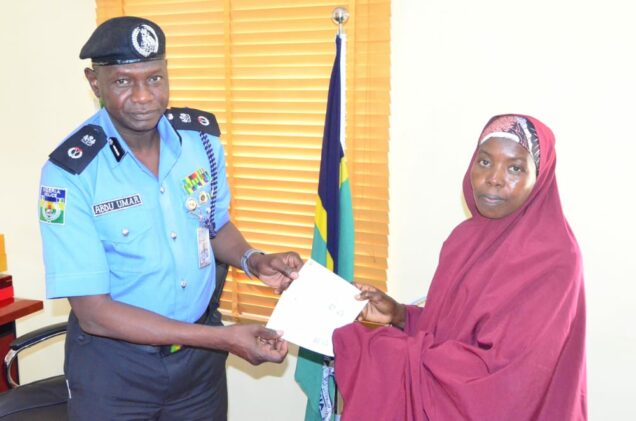 Police present N16m to families of deceased personnel in Borno

The Police Command in Borno on Thursday presented a cheque of N16 million to five families of its personnel that died in active service in the state.

The state Commissioner of Police, Mr. Abdu Umar, presented the cheque to the beneficiaries at the command headquarters in Maiduguri.

He said the families were part of the 28 beneficiaries meant to receive a cheque of N51.2 million approved by the Inspector General of Police (IG-P), Alkali Usman.

He said that it was part of the force’s commitment to improving the welfare of police personnel and families of the deceased who paid the supreme price while performing their duties.

Umar commended the IG-P for his humanitarian gesture towards personnel of the Nigeria Police Force, especially family members of deceased personnel.

He commiserated with the beneficiaries and charged them to make judicious use of the funds for their betterment and that of their children.

The police commissioner also encouraged them to invest the money to enable them to become self-reliant.