The U.S. economy is shrinking 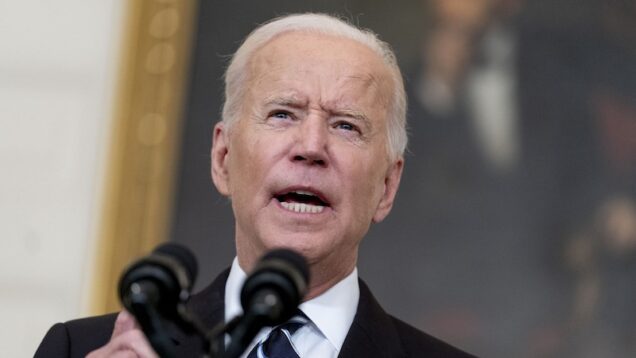 The U.S. economy contracted for a second straight quarter, the Commerce Department reported on Thursday, a day after the Federal Reserve raised interest rates by three-quarters of a percentage point to a range of 2.25%-2.50% in an effort to slow growth and ease price pressures.

The report likely won’t change Fed Chair Jerome Powell’s view that an economy that is adding hundreds of thousands of jobs a month is not in recession, and won’t deter him from raising borrowing costs further.

But he and colleagues will be parsing it carefully for clues on where their policy tightening to bring down decades-high inflation is already having an effect, where it may yet begin to bite, and whether they are on track for the soft landing they aim for or the harder crash that analysts increasingly fear.

“We do want to see demand running below potential for a sustained period to create slack and give inflation a chance to come down,” Powell said on Wednesday.

The GDP adds to evidence that the aimed-for slowdown is already happening, although only part of that is due to the Fed.

Of all the categories in GDP, the interest-rate-sensitive housing sector is where the effects of the Fed’s actions to tighten financial conditions are the most obvious. Even before the Fed began raising rates in March, mortgage rates began rising in anticipation, nearly doubling since late last year to nearly 6% and making already pricey houses even less affordable.

The second quarter’s 14% decline in residential investment was the largest in 12 years aside from the stall in housing during the initial lockdowns to stem COVID-19 infections in the second quarter of 2020.

It is unusual for this large of a housing subtraction from economic growth to occur outside of a recession.

And with the Fed still raising rates – perhaps another full percentage point this year, Powell suggested on Wednesday – the worst may still be to come.

CONSUMER SPENDING SLOWING: SOME FED EFFECT BUT MORE TO COME

Consumer spending, accounting for roughly two-thirds of the U.S. economy, slowed to a 1% annualized growth rate in the second quarter, from a 1.8% pace in the first, the report showed.

The slowing growth was driven by a 4.4% drop in spending on goods, which had soared during the pandemic, and a look under the hood suggests that much of that was down to high inflation rather than a reaction to higher borrowing costs.

For example, in nominal terms, consumers spent nearly $6 billion more on food for consumption at home than in the first quarter but took home less of it. Adjusted for inflation, food consumption fell $33.5 billion, resulting in food having its largest drag on the economy in nearly half a century.

Meanwhile, spending on services rose 4.1%, the report showed, as people freed from pandemic restrictions spent on travel and restaurants. It’s not clear how long that will last though, said Rubeela Farooqi of High-Frequency Economics.

“The question really is… what is the staying power of service spending? The Fed is really hiking into a slowdown… (it’s) in a tough spot,” Farooqi said, noting households will soon begin to tap out their savings and take on more credit card debt to finance their lives.

Business spending – or nonresidential fixed investment, in the parlance of the Commerce Department – slipped 0.1% on an annualized basis, driven mostly by a slump in spending on structures by every industry except mining and drilling, which was busy putting up rigs to get more oil from the ground as energy prices soared.

“The economy is clearly losing momentum,” wrote JP Morgan’s Michael Feroli, noting the decline in business spending along with the drops in consumer spending on goods and investment in housing. “At least the Fed has something to show for its rate hikes.”

The report reflected a slowdown in inventory accumulation and a boost to growth from trade, both of which analysts said at least partially reflected pandemic-disrupted supply chains. But for some, they suggest worries of a downturn to come.

“(The inventories drag) tells you that corporations are very concerned and are pulling back on their spending. That’s part of a recession atmosphere,” said Peter Cardillo, chief market economist at Spartan Capital Securities.