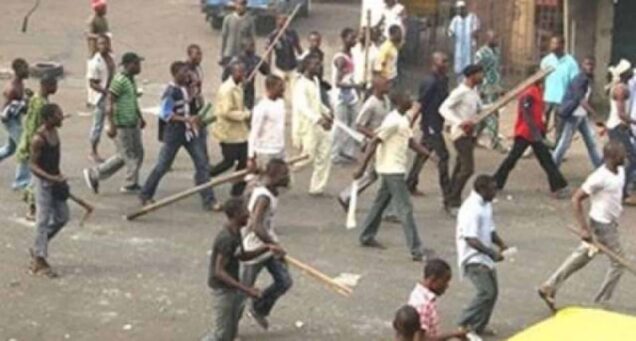 The Independent National Electoral Commission (INEC) in Lagos State has confirmed that there was a disruption at the Continuous Voter Registration (CVR) centre situated at St. Bridget Catholic Church, Ijesha, in Surulere.

Reacting to viral reports on the incident, INEC’s Public Relations Officer in Lagos state, Mrs Adenike Oriowo said though the exercise was disrupted because of the surge, no machine was stolen.

Oriowo said: “There were issues in the said CVR centre but orderliness was restored and the exercise continued smoothly.

“People should be patient. We shall register as many people as possible. If people continue to disrupt the process, the opportunity to register more people before the deadline will be interrupted.

“Our commitment is to register as many people as possible and we will try to do so within the limited time.”

Oriowo, who frowned at the last-minute rush by many applicants, said the exercise had been on since June 2021 and many people did not take advantage but waited till the deadline.

“As it is, INEC started this process over a year ago. The surge we are experiencing in the last few weeks is expected, but people should as well be patient.

“The commission will do everything possible to register as many people as possible. We will try as much as possible to capture everybody,” she added.

Oriowo said that INEC had also been monitoring the CVR processes in the state.

The CVR which commenced in June 2021 would be concluded on July 31, ahead of the 2023 general elections.