Just in: Magus Abe confirms dumping of APC for SDP 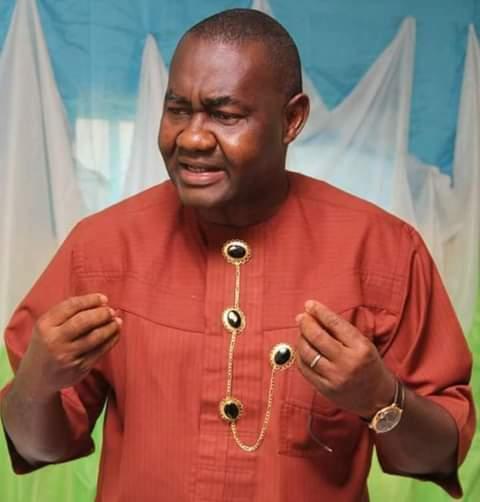 After weeks of speculations, Magnus Abe, former Senator representing Rivers South East has finally confirmed that he has dumped the All Progressives Congress, APC for the Social Democratic Party, SDP.

Abe made the confirmation on Friday morning in a post on his Facebook page. He said in the post that he has been a member of SDP for sometimes now.

He said, “Yes, I am and I have been a member of the Social Democratic Party (SDP). I remain irrevocably committed to the ideals that have driven my politics through the years. We will continue to do all we can to improve internal democracy in the politics of our country and focus on the people.

Abe dumped the APC after about seven years of a running battle with Rotimi Amaechi, former Minister of Transportation and former Governor of the State for the control of Rivers chapter of the party.

There have been speculations that he may run on the platform of SDP for governorship of Rivers State in the 2023 election.

However, it has been pointed out that the Electoral Act allows or permit the substitution of a candidate’s name on the ground of death or voluntary withdrawal.

Abe has always boasted to anyone who cares to listen that, “I must be on the ballot and I will win and become Governor of Rivers State.”

After he left APC, he launched Senator Magnus Abe Governorship ambition, SMA project to actualize his dream of occupying the number one seat in Rivers State.

On Thursday, Abe had told Governor Nyesom Wike to stop referring to Siminalayi Fubara,the Governorship candidate of PDP as the incoming governor of Rivers State.

Abe told Wike that Rivers People will be the only ones who will choose their next governor in a statement on his behalf by his media assistant, Pastor Parry Benson.