Tambuwal condoles with victims of terrorists' attack in Duma village 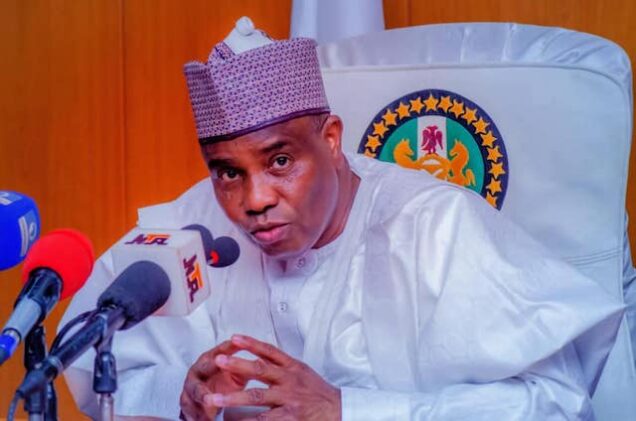 Gov. Aminu Tambuwal of Sokoto State on Friday commiserated with victims of the terrorists’ attack in Duma village in Tureta Local Government Area of the state.

Tambuwal, who led a team of security personnel and other government officials on condolence observed Juma’at prayers where special prayers were offered for the repose of the souls of the victims.

Terrorists attacked the village on Wednesday night and killed at least 28 persons. They rustled livestock and kidnapped some locals still in their captivity.

A resident, Malam Garba Mailambu, said the terrorists rode on motorcycles and were firing indescribably resulting in some deaths.

Mailambu said some fleeing residents drowned as they dived into the nearby river.

Another resident said the terrorists forced the abducted persons mostly youths to lead the rustled livestock out of town just as they demanded large quantities of petrol as ransom to release those abducted.