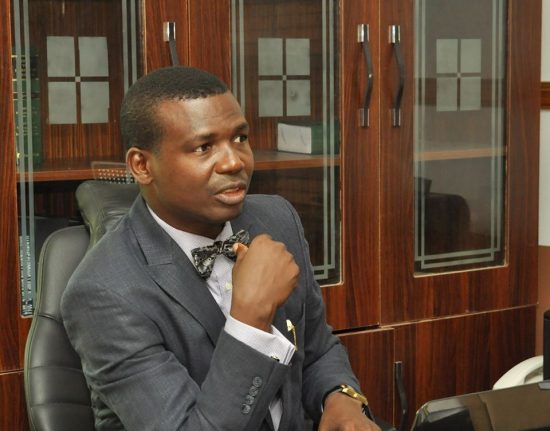 Ebun-Olu Adegboruwa, a senior advocate of Nigeria recounts how he spent 12 miserable hours, including the night, waiting to board a Max Air flight from Lagos to Abuja.

It was advertised to be a one hour flight from Lagos to Abuja. Take off time was 17:50pm, but that was not to be.

Since I had some luggage to check in, I left Lekki early enough a little after 2pm and I arrived the airport well ahead of time. At the Max Air check-in counter, I met a very loooong queue of passengers, apparently so, due to the lackadaisical attitude of the Max Air staff who bantered away as if the flight will not go. Unknown to me however, that should have been a sign of things to come.

I was waiting for the call to board but it didn’t come. Around 18:30pm, it was announced that the flight had been delayed for 50 minutes due to “operational reasons”. Not long thereafter, we were told that the flight had been delayed again till 10pm. And so the waiting game started. 10pm, no call to board. 11pm, 12am, 2am, 3am, no announcement whatsoever.

The flight didn’t come cheap at the whooping cost of N125,000 for a hour trip. And so I stayed at the airport the whole night. Three Max Air flights were affected and so the airport was filled with passengers, including women, children, etc. We all couldn’t sleep but we couldn’t leave either. I’d read about this horrible experience but I never knew I’ll be a victim one day.

Around 4:30am or thereabouts, two aircraft finally came but it took another eternity to board and depart. We finally left Lagos a little after 6am, for a 6pm flight, meaning that I had stayed at the airport for 12 solid hours! Talk about a compulsory night vigil! Taking it back to the time I left my house then I spent 16 hours to travel from Lagos to Abuja. I was starving, I was thirsty and I was doubly stressed but there was no reprieve from Max Air.

Our enquiries from the security men revealed that it has become usual for Max Air to keep passengers for hours and depart at ungodly hours of the night. In this case, it was said that the aircrafts were diverted for the wedding of the daughter of a prominent politician. And we had to suffer for another person to be happy.

Then so many questions crossed my mind: suppose some of the passengers have medical issues? What about the wasted hours? Who pays for them? Where are the regulators? Is there no way for them to discover that Max Air had become notorious for this breach of contract? Or is someone just turning the blind eye? Why would an airline collect money from people and then subsequently divert its planes for other purposes? Will there be no sanctions for this kind of wickedness? How can passengers be treated with such impunity?

If you have to travel, by all means please avoid Max Air, at least for now. It’s a complete disaster.
I wish you all a Happy New Month, the wickedness of Max Air notwithstanding.