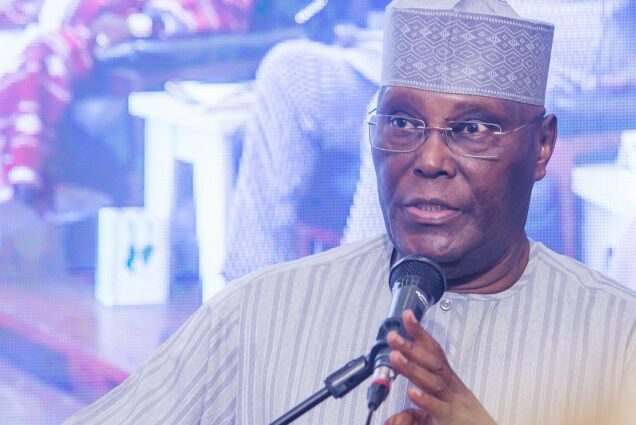 But about thirty years ago, the Adamawa-born politician supported a same-faith ticket, when he was the beneficiary, he reveals in his autobiography titled: ‘My Life.’

As the 1993 Presidential election approached, Atiku a Muslim, lobbied MKO Abiola, another Muslim, to make him his running mate in the Social Democratic Party (SDP).

The Yar’Adua group to which Atiku belonged in SDP was angry because the plan failed.

“I contested and won the SDP presidential primary in Adamawa State in March 1993. Moshood Abiola, 55 years old, and Babagana Kingibe, 48, had also won in their respective states,” Atiku wrote.

“Altogether, 27 of us from various states converged in Jos in March 1993 to contest the SDP Presidential ticket at the national convention of the party.

“I campaigned on the need for a strong economy with agriculture as a top priority. I promised Nigerians that their collective interest would count first when far-reaching economic decisions were being taken.

“I said I would run true federalism if elected president. To stop Kingibe, whom we all believed had betrayed our group, the Yar’Adua group resolved to negotiate with Abiola.

“We would support Abiola’s candidacy for the presidency in return for making me his running mate. We met Abiola and his key advisers and agreed to go to the Jos convention to push for an Abiola-Atiku ticket.

“Thereafter, we would harmonize our campaign structures and finances. At the end of the first ballot, Abiola came first with 3,617 votes. Kingibe came a close second with 3,225 votes. I came third with 2,066 votes.

“We met again with Abiola. We agreed that I should step down for Abiola in the final round of voting. I agreed to subordinate my personal ambition for the sake of democracy.

“I was ready for any personal sacrifice that could end military rule in Nigeria. In the two-way race between Abiola and Kingibe, Abiola triumphed with 2,683 votes to Kingibe s 2,456 votes.

“However, Abiola refused to honour the agreement to make me his running mate. He picked Babagana Kingibe. Yar’Adua was angry over Abiola s betrayal. I knew it would be difficult to persuade him to support Abiola again.

“I was concerned about our party. Without the support of the Yar’Adua group, the SDP could lose the presidential election to the NRC whose Bashir Tofa, then 46, was generally thought to be inexperienced.”

Contrary to his permutation, Abiola and Kingibe won the election and even beat Bashir Tofa in Kano, his home state. Abiola lost Atiku’s state of Adamawa, according to the results released by the National Electoral Commission.