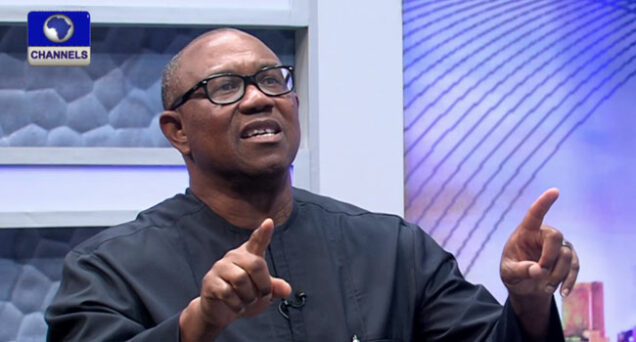 In a statement signed on Monday, August 1, 2022, Hon. Ogene contended that it is either Melaye missed his Civics classes, or is simply a poor student of current affairs, to describe a pace-setting two-time governor of Anambra State as “not known nationally, until 2019.”

Part of the statement read by former deputy chairman, Media and Public Affairs of the House of Representatives read, “Having been chased out of Kogi politics by a younger brother, Governor Yahaya Bello, Melaye appears to have crossed over to nearby Abuja to seek relevance, not as a political gladiator, but an irritant intent on gaining notoriety through theatrics.

“It is, perhaps, a veritable proof of his forgetfulness, or poor knowledge of contemporary Nigerian politics, that Dino Melaye would consider a man at whose behest, through a novel Supreme Court pronouncement some states – including Dino’s Kogi – now have staggered governorship elections, as not known nationally.

“Even before all these, Obi had been chairman of a pre and post-consolidation bank, and an internationally acclaimed businessman.

“Pray, what can be more national than these?

“Besides Melaye’s diversionary tactics, the truth remains that rival political platforms, especially the All Progressives Congress, APC and the PDP, are scared stiff of the burgeoning acceptance of the OBIdient Movement, geared towards taking back our country from political lackeys like Melaye who serve different political gods according to season.

“Otherwise, one wonders why Melaye and his new paymasters would continue to lose sleep over a movement propelled by the Nigerian people.

“Perhaps, Melaye would rather Nigerians continue to reel under an APC-led administration, which he and his ilk helped bring to power in 2015; or seek to replace the regime with the same profligate PDP, whose reign of impunity Nigerians are yet to forget.

“If in the last six weeks – in a Facebook post on June 25, 2022, and a video on Friday, July 1, 2022 – Melaye’s potshots on Obi haven’t stuck, then he needs to either quit trying, or perhaps try harder before he can derail the OBIdient Movement. Else, as comics would say, ‘no be juju be that?’

“True, there’s no voting point on social media, but need I remind Melaye, and all those scared stiff of the growing acceptance of Obi and his OBIdient Movement, that the surge to acquire Permanent Voters Card(PVC) by Nigerian youths, workers and women remains conscious reminders of their determination to oust political parasites from the scene on February 25, 2023.”