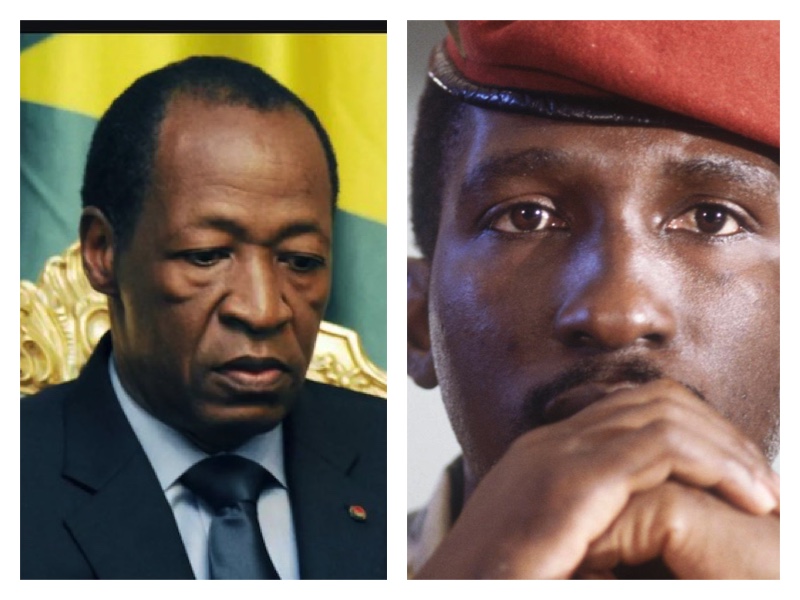 On April 6, 2022, a  former President of Burkina Faso, Mr Blaise Compaore was convicted and sentenced in absentia to life imprisonment for complicity in the 1987 brutal murder of his predecessor, Thomas Sankara by a military court which sat in Ouagadougou.

Mr Compaore was found guilty of the serious criminal offences of an attack on State Security, complicity in the murder and concealment of the corpse of Thomas Sankara.

Two of Mr Compaore’s former close associates, Hyacinthe Kafando and Gilbert Diendere were equally convicted and sentenced to life imprisonment by the court for their involvement in the cold murder of Thomas Sankara.

While Mr Compaore was in power, his regime was dragged before the United Nations Human Rights Committee and the African Court on Human and Peoples Rights over the illegal killing of Thomas Sankara and many other citizens including journalists on account of political differences with him.

In all the cases, the regime had no defence to the allegations of wanton violations of the human rights of the Burkinabe people. Hence, the regime was indicted by both the United Nations Human Rights Committee and the African Court for violating the human rights of Thomas Sankara and other citizens in contravention of several provisions of the United Nations Covenant on Civil and Political Rights as well as the African Charter on Human and Peoples Rights.

Mr Compaore who had fled to Ivory Coast after the popular uprising which terminated his 27-year regime in 2014 recently returned to Burkina Faso to take part in a summit of former presidents hosted by the ruling military junta. Upon his return, Mr Compaore addressed a letter to the people of Burkina Faso wherein he apologised “for all the acts I may have committed during my tenure, most particularly to the family of my brother and friend Thomas Isidore Noel Sankara.”

Since the conviction and sentence passed on Mr Compaore by the military court have not been set aside by a higher court the traumatised family of Thomas Sankara and the people of Burkina Faso have promptly rejected the hypocritical apology of the former dictator.

However, the public apology of Mr Compaore is a clear admission of guilt and acceptance of his conviction and sentence by the military court for the reckless assassination of Thomas Sankara. Given the official cover-up of the killing of Thomas Sankara for 27 years by Mr Compaore, his apology is not sufficient to achieve justice, deterrence and reparation.

As there is the need to deter others from committing such horrendous human rights crimes in the future, Mr Compaore’s belated allocutus has been rightly rejected by the family of Thomas Sankara and the people of Burkina Faso.

Therefore, justice demands that the convict be committed to prison for life in Ouagadougou in accordance with the judgment of the military court.  It is after justice has been served that the apology of the convict may be considered by the victims of the egregious human rights abuse that characterised his murderous regime of the former dictator.

Femi Falana is a Senior Advocate of Nigeria (SAN)