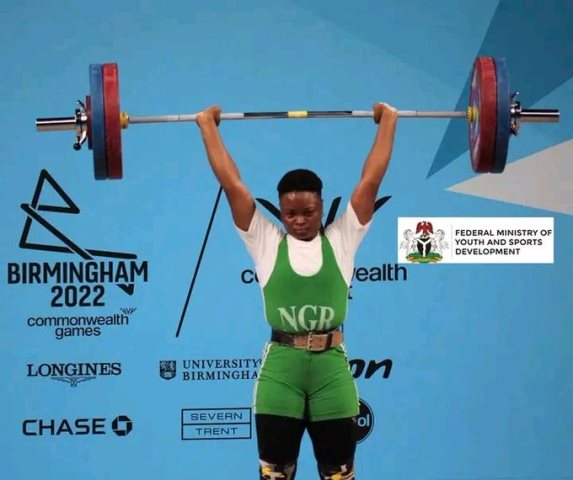 Taiwo Liadi has grabbed a silver medal for Nigeria in weightlifting at the ongoing Commonwealth Games in Birmingham, United Kingdom.

The 19-year-old weightlifter has given Nigeria her 5th medal at the games.

She won the medal in the 76kg women’s weightlifting event at the tournament.

Liadi finished on the podium with a combined lift of 216 kg (Junior CWG record) in the women’s 76 kg final.

Nigeria, currently ranked ninth on the medals standings, had earlier won two gold and two bronze since the start of the games.