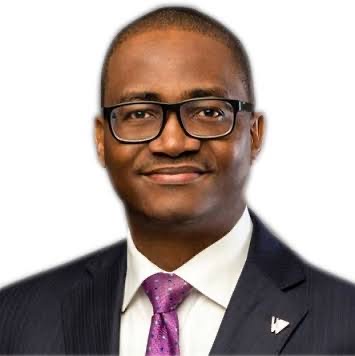 Wema Bank Plc on Wednesday said allegations of dud cheque and forgery leveled against the bank and its Managing Director, Ademola Adebise are baseless and untrue.

The bank also said that the warrant for the arrest of Adebise was in violation of his fundamental rights to fair hearing as he was never personally served with any process to appear before the Magistrate Court, neither was he represented in court.

The bank, in a statement issued by Funmilayo Falola, Marketing Communications and Investor Relations, said its attention had been drawn to the trending news in the media to the effect that a Magistrate’s Court in the Federal Capital Territory (FCT), Abuja, had issued a warrant for the arrest of its Managing Director, Adebise in connection with a Garnishee proceeding for the payment of a judgement-debt on behalf of the Bayelsa State Government.

“WEMA BANK PLC would like to use this medium to refute the allegations and dismiss the gross representation of facts in regard to the material facts, and the apparent breach of the principles of fair hearing before such order of the court was entered against our Managing Director.

”WEMA BANK PLC wishes to state that, contrary to the facts presented before Her Worship, Mrs. Elizabeth Jones, the said set of five cheques for the total sum of N50m issued in protest based on pending applications before an Abuja High Court then, were in favor of the Chief Registrar FCT High Court, not in favour Barrister.

”George Haliday who is now claiming the proceeds of the cheques. It is important to note that those cheques were not signed by MR. ADEMOLA ADEBISE and had not assumed the position of the Managing Director of the bank at the material time the cheques were issued in favour of the Chief Registrar.

”Furthermore, we would like to state that the five cheques issued in protest by our Bank were not dud cheques as alleged by the complainant. The cheques have only not been cleared for payment because of the subsisting Appeal at the Court of Appeal Abuja on the Garnishee proceeding which has now been decided in favour of the bank.

”WEMA BANK wishes to state that the warrant for the arrest of MR. ADEMOLA ADEBISE is in violation of his fundamental rights to fair hearing as he was never personally served with any process to appear before the Magistrate Court, neither was he represented in court.

”We are a law-abiding corporate citizen; if there was any court summon properly served on the Managing Director for his appearance in court, he would have done so without fail. But, in this case, there was no such service extended to him or any court processes personally served on him to appear in court until a warrant of arrest was issued in absentia. We view the arrest warrant as being an infringement on his fundamental rights,” the statement said.

According to the bank, “We, therefore, refute and dismiss in their entirety the allegations of dud cheque and forgery levelled against our Bank and the Managing Director. We also dismiss the inappropriate issuance of bench warrant on our Managing Director.

”We are already engaging in legitimate actions to seek redress and bring all the perpetrators of these unprofessional conducts and heinous criminal act against our Managing Director and the bank to book.”