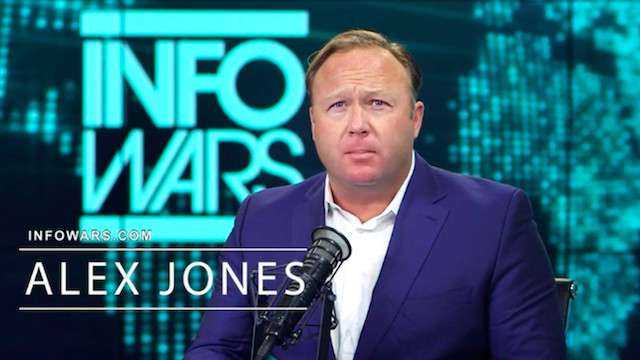 Infowars host Alex Jones testified Wednesday that he now understands he was irresponsible to declare the Sandy Hook Elementary School massacre a hoax, and he now believes it was “100% real.”

Speaking a day after the parents of a 6-year-old boy who was killed in the 2012 attack testified about the suffering, death threats and harassment they’ve endured because of what Jones has trumpeted on his media platforms, Jones told a Texas courtroom that he definitely thinks the attack happened.

“Especially since I’ve met the parents. It’s 100% real,” Jones said before the jury began determining how much he and his media company, Free Speech Systems, owe for defaming Neil Heslin and Scarlett Lewis.

Their son Jesse Lewis was among the 20 students and six educators who were killed in the attack in Newtown, Connecticut.

Heslin and Lewis said Tuesday that an apology wouldn’t suffice and that Jones needed to be held accountable for repeatedly spreading falsehoods about the attack, which was the deadliest school shooting in American history.

They are seeking at least $150 million from the trial, which is in its second week.

Jones — who has portrayed the lawsuit against him as an attack on his First Amendment rights — told the jury that any compensation above $2 million “will sink us,” but added: “I think it’s appropriate for whatever you decide what you want to do.”

The jury began deliberating after Jones finished testifying and lawyers wrapped up their cases.

During closing arguments, Jones’ attorney Andino Reynal said the plaintiffs didn’t prove that Jones’ actions and words caused actual harm, and that the trial lacked evidence of the harassment, anguish and character defamation that the parents claimed.

He asked the jurors to award the parents $8 — one dollar for each of the compensation charges they are considering.

“Alex Jones may not be to our particular taste, but millions of Americans tune in to be informed, to be entertained, to have their voices heard,” Reynal said. “Speak the truth in your verdict. For them. And for all Americans.”

Jones was the only person who testified in his own defense. His attorney asked him if he now understands it was “absolutely irresponsible” to push the false claims that the massacre didn’t happen and no one died.

Jones said he does, but added, “They (the media) won’t let me take it back.”

He also complained that he’s been “typecast as someone that runs around talking about Sandy Hook, makes money off Sandy Hook, is obsessed by Sandy Hook.”

Under a withering cross-examination from attorney Mark Bankston, Jones acknowledged his history of raising conspiracy claims regarding other mass tragedies, from the Oklahoma City and Boston Marathon bombings to the mass shootings in Las Vegas and Parkland, Florida.

Bankston then went after Jones’ credibility, showing an Infowars video clip from last week when a host — not Jones — claimed the trial was rigged and featured a photo of the judge in flames.

Then came another clip of Jones asking if the jury was selected from a group of people “who don’t know what planet” they live on. Jones said he didn’t mean that part literally.