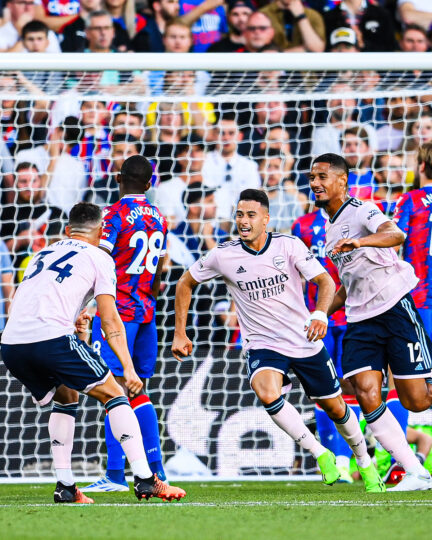 He redeemed himself from an earlier miss as Arsenal face-off with Crystal Palace.

The 21-year-old got an assist from Zinchenko as Arsenal took a deserved lead into the break at Selhurst Park.

His goal put Arsenal ahead at half-time.

After narrowly losing to rivals Tottenham Hotspur in north London the previous season, Mikel Arteta’s team is eager to go forward and finish inside the top four this time around.

In 2021, the Gunners were also featured in the season opener when they suffered a shocking 2-0 loss against newly promoted Brentford.