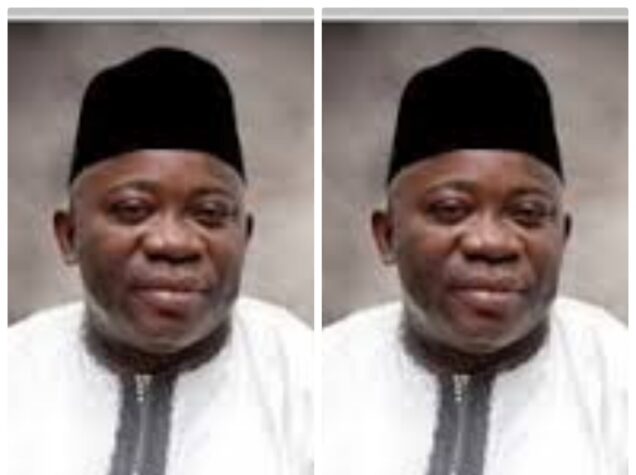 A chieftain of the All Progressives Congress (APC), in Edo state and an associate of Comrade Adams Oshiomhole, Chief Lucky James, has dumped the party.

James who was a former Commissioner in the State during Adams Oshiomole’s administration, formally announced his resignation from the party through a letter summited to the party’s ward chairman in Etsako west local government area of the state.

It is pertinent to note that his resignation is major crack that is capable of affecting the fortune of the APC in Etsako axis of Edo north, as he hailed from Uzairue clan and also from the same ward with Oshiomole.

James said with the resignation letter, he has completely dissociated himself from the party in whatever form and manner.

He attributed his resignation to “a number of unhealthy factors which have dogged the party for years, especially as they affect me personally and my teeming supporters unjustly.”

While he was yet to indicate his next line of action, James said he consulted widely before his decision to dump the party.

The former Chairman of Etsako West local government area traced his membership of the party from the Action Congress (AC), Action Congress of Nigeria (ACN) to the present APC which he claimed he laboured to build.

He added that the time he spent in the party has “made me to see that the party and I are at variance of the meaning of justice and fairness. What the party stands for diametrically opposes my believe in justice, fairness, equity and reward for dedication and sacrifice.”

He urged his supporters to bear what he referred to as hardcore decision, saying that “it’s better to be where you are valued and hopeful.”