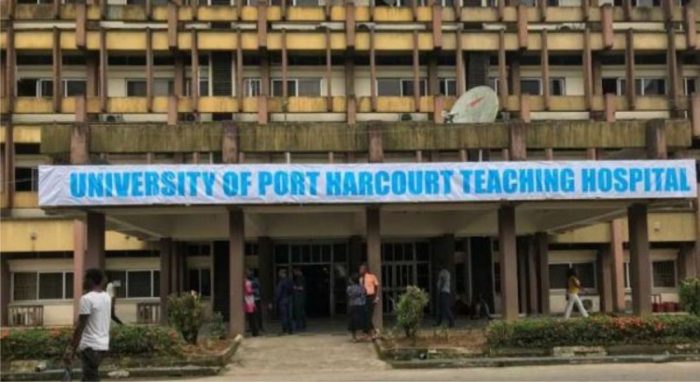 A medical Doctor with the University of Port Harcourt Teaching Hospital, UPTH, Rivers State, Dr.Chidiebere Okeke, has been arrested for allegedly threatening the life of his wife, Mrs. Onyekachukwu Okeke and has continuous abuse of his 12 years old son.

It was gathered that though Okeke and his wife have been married for the past 15 years, they have had toxic relationship laced with physical violence and emotional abuse.

Dr Okeke was arrested on Thursday by operatives of the State Criminal Investigation Department, SCID.

It was learnt that this was after the leadership of Rivers State Response Team on Violence Against Women and Children reported reported him to the police over allegation of unending physical and emotional violence against his wife and children.

“He held the wife hostage in her place of work. His attitude did not change. Rather, he kept abusing the wife and children. We felt it was important to invite the Police so that the listening ears will be opened. We hope he will cooperate knowing that in Rivers State, there is law against violence against Women and Children.

“If agrees for terms and conditions, we will allow for an administrative bail. But if he refuses to change and continues, we will have no option, but to charge him to Court under the provisions of the law against domestic violence of Rivers State.

“At the moment, the wife and children have been taking treatment in the hospital”.

On her part, Mrs Okeke said she has been traumatized in her 15 years of marriage with the husband. She said her husband has continued to pose a threat in her marriage.

Dr Okeke was not able to speak as he was battling to meet the conditions of an administrative bail granted to him when approached to speak on all the allegations against him.