BBNaija: Why Amaka, Phyna may not be evicted 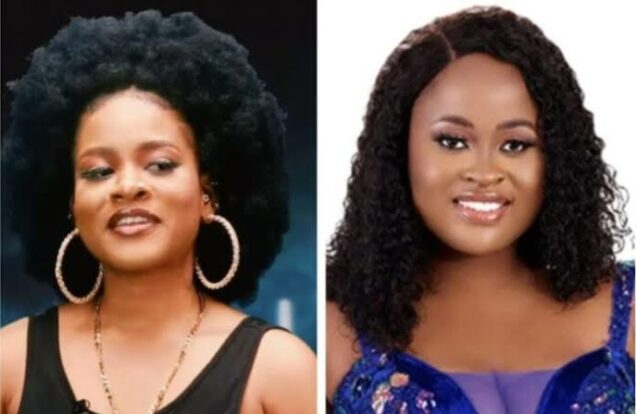 It’s less than 24 hours to Eviction Night which comes up on Sunday, 8 August. And eviction fever has gripped the five housemates that Hermes, the Head of House nominated last Monday for eviction. The housemates are Cyph, Khalld, Christy O, Phyna and Amaka.

As it obtains in the BBNaija House, it is survival of the fittest, as the five housemates wait with bated breath for their fates to be decided. Ironically, the best are always at the mercy of their fellow housemates who see them as threats.

And as Hermes confessed, he nominated some of the housemates because he feels they are the strongest, the most vocal and most confident and as such constitute significant threats to the Level 1 House. He also added that the choice of Khalid, his friend, was an emotional one for him. But he had to put his team first in his decision making.

But the question then is, who among the five housemates would pack their belongings and say goodbye to the rest housemates? Amaka, one of the most popular and most vibrant housemates is already showing apprehension. She has been busy telling the other Level 2 Housemates about her fears and how she has been seeing all of them in her dreams.

At the moment of the five housemates listed for eviction on Sunday night, Phyna and Amaka are the strongest, most confident and most vibrant. Not only do they have content, they also have vibes. And they have endeared themselves to the BBNaija fans.

That endearment I think will be their saving grace come Sunday night. Some of the housemates, who see them as threats may want them to be evicted, but the fans, who are really the deciding factor are there to save them.

The ever bubbling and extroverted Amaka, with her curves, calls herself the Nigerian Nikki Minaj, while the also extroverted and sometimes crazy Phyna sees herself as ‘agbero’ which in the local parlance means someone who is streetwise. Those indeed are the qualities, which though crazy, that have endeared them to their fans. And those are what will save them from eviction come Sunday night.