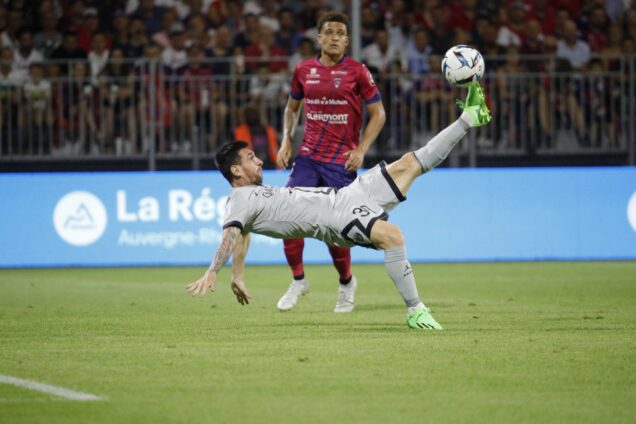 The Argentinian netted two finishes, including a superb bicycle kick, after goals from Neymar, Achraf Hakimi and Marquinhos got the champions off to a dominant start at Stade Gabriel-Montpied.

On the back of last weekend’s Trophee des Champions victory over Nantes, it marks two wins from two for new coach Christophe Galtier following his arrival at the Parc des Princes.

But it will be the manner of their result that pleases supporters most despite the absence of star man Mbappe through injury, with the France international yet to play a competitive fixture since committing his future to the club.

Having struck gold in Israel last month to claim the first silverware of the season, Neymar was on song again for PSG in the ninth minute, producing a low finish following Lionel Messi’s neat flick.

The Brazilian turned provider just over a quarter-hour later, passing across the field to the feet of Hakimi, who powered his shot past goalkeeper Mory Diaw to double the visitors’ lead.

Any distant hope Clermont may have held of clawing a result back was then duly extinguished seven minutes shy of the interval when Marquinhos rose to head in a Neymar free-kick delivery from left flank.

With a three-goal cushion to their name, the need to raise the tempo proved less pressing for PSG after the break, and with little in the way of stubborn resistance from their hosts, victory proved a foregone conclusion.

But the best was yet to come from Argentina star Messi, who saved his fireworks for the final 10 minutes, turning a flat Neymar ball home for his first and then unfurling an overhead kick for a stunning second to wrap up the three points in style.

Watch goals from Messi below: