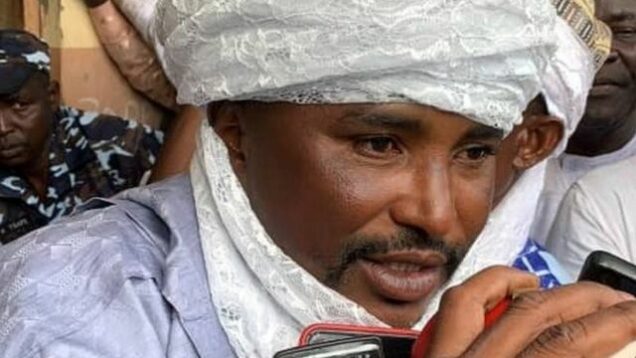 Adamu Aliero-Yankuzo a terrorist in Katsina who became a chief

Abdulkarim Faca-Faca, the leader of a terrorist group in Katsina, was killed during a raid by the Nigerian Air Force (NAF) on Sunday.

The airstrikes by NAF killed Faca-Faca and seven other terrorists at their hideout in Tandama village, Danja Local Government Area (LGA) of Katsina.

Faca-Faca was suspected to have masterminds the attack on President Muhammadu Buhari’s advance convoy to Katsina during the last Sallah holiday.

Isah said police embarked on a mop-up operation after the strikes by the Nigerian Air Force.

He noted that the police successfully rescued six kidnapped victims at the hideout.

According to him, the victims include 52-year- old Alhaji Garba Dan-Mallam, Rabiu Idris, aged 45, and Abba Samaila, 38-year-old, all of Unguwar Nuhu LGA.