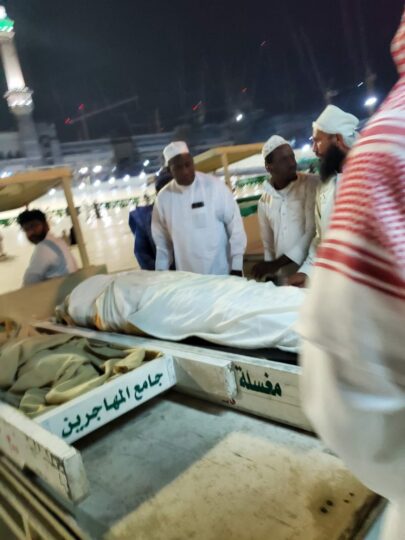 Another Nigerian pilgrim, Sani Idris-Muhammed, passed away in Saudi Arabia during the 2022 Hajj.

The Kano State Pilgrims Welfare Board confirmed the development on Saturday.

The Executive Secretary of the State Pilgrims Welfare Board, Alhaji Muhammed Abba-Danbatta, said Idris-Muhammed who hailed from Madobi Local Government Area, died on Saturday after a brief illness in a General Hospital at Mecca.

According to him, “the deceased has been buried according to Islamic rites at Grand mosque at Masjid Haram Shira yard in Mecca”.

Abba-Danbatta prayed for the deceased and consoled his family.

Hasiya Aminu, a pilgrim from Kaduna, and Hajiya Aisha Ahmed from Keffi in Nasarawa state also passed away during the 2022 Hajj.

Aminu died in her sleep shortly after returning from Mount Arafat, according to her neighbors in the tent.

The Chief of Operations and Head of the Nigerian Medical Mission, Dr. Usman Galadima, told the News Agency of Nigeria that no cause had been ascertained for her death.

Ahmed, on her part, was reported to have died after a brief illness and was buried in Makkah.