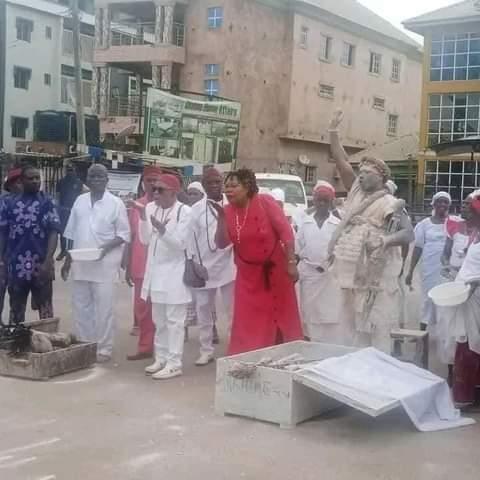 People of Owa Kingdom of Ika North East LG of Delta State place curses on kidnappers, cultists and other criminals troubling their communities

Chiefs, elders and traditional religious adherents in Owa Kingdom of Ika North East Local Government Area of Delta State on Saturday gathered to place curses on kidnappers, cultists, other criminals troubling the communities in their area.

The people of Owa Kingdom resorted to the traditional method of invoking their gods and deities against criminals tormenting their communities based on perceived helplessness of the security agencies and the local vigilantes to protect them.

The ceremony followed rising cases of cult killing and kidnapping among other crimes in the area in Owa kingdom in recent times.

Traditional rulers in Delta had last week raised alarm over the breach of the peace in many parts of the state.

The Monarch of Owa kingdom, King Emmanuel Efeizomor ll and former Chairman of Delta State Traditional Council was one the king’s who issued a Communique condemning the incessant kidnapping, cult clashes and armed robberies in the State.

With the influx of criminal elements to communities in Ika land, the Commandant of Delta State Community Policing (Vigilante), in the area, Amos Ikechukwu Agbobu had last week issued warning to members to desist from conniving with criminals.

Agbobu gave the warning during their monthly meeting held on Saturday July 16, 2022, at Owa Nta Aliosimi Town Hall, saying that any member found wanting will be decisively punished.

He disclosed that for criminal herdsmen or kidnappers to carry out their operations in Ika communities, they must have a mole(s) working with them.

He affirmed that steps are been taken to arrest the situation, noting that every individual and group must rise up to the danger and ensure that these hoodlums are totally chased out from Ika land.

He maintained that everyone must play a role to purge Ika nation from bad elements, urging the general public to be watchful in their various areas and ensure that they give the security agents useful information on any suspected intruder. 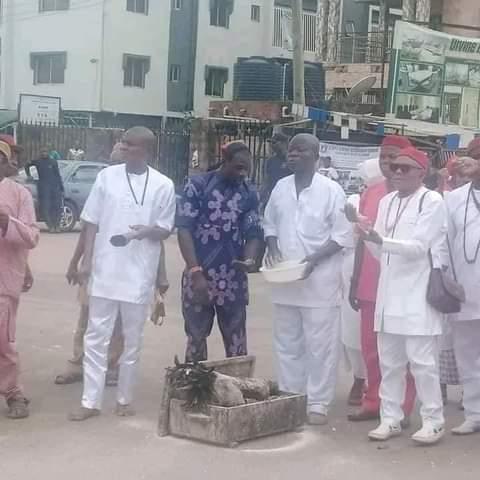 With this current trend (insecurity) in Ika land, Engr. Agbobu stated that the Delta State Community Policing will be meeting with the landlords and landladies Association during the week to discuss other issues affecting Ika nation.

The vigilante boss also rained curses on those collaborating with hoodlums in Ika land, reiterating that he will never tolerate any espionage in the group.