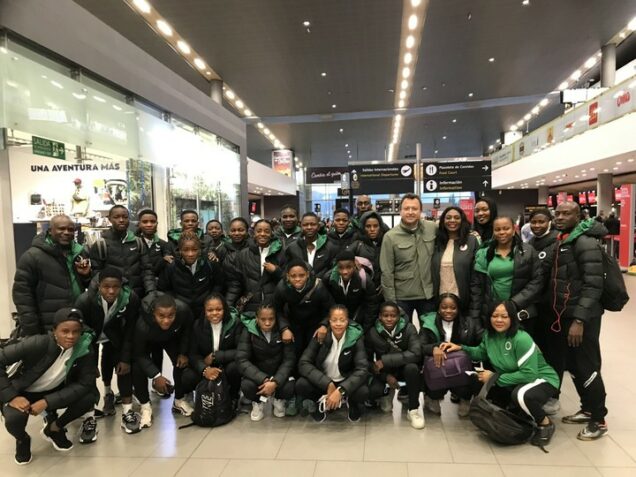 The Falconets in Costa Rica

The Falconets of Nigeria have landed in Costa Rica ahead of the 2022 FIFA Women U20 World Cup, which begins 10 August. It will end 28 August.

The Falconets have qualified for every edition of the FIFA U-20 Women’s World Cup since inception in 2002. Germany and USA are the masters of this tournament, winning three each out of nine.

Germany actually stopped Nigeria from winning this tournament twice in the finals in 2010 and 2014.

Nigeria’s first match will be played on Friday 12 August against France at 12 midnight Nigeria time.

These games will not be easy, these countries are actually strong when it comes to women football.

However, Nigeria has a better record at the under 20 world cup compared to France, Canada and South Korea.

The team is made up of three goalkeepers, six defenders, six midfielders and six strikers were on the plane to Costa Rica.